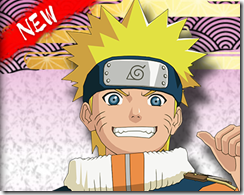 Naruto Shippuden: Ultimate Ninja Storm 4 takes players to the end of the Naruto manga and introduces Boruto as a playable character.

It’s possible to set up a fight between Naruto’s son and kid Naruto since CyberConnect2’s game includes some pre-Shippuden characters. Kid Neji, Kid Kiba, and Kid Naruto are on the roster.

Naruto Shippuden: Ultimate Ninja Storm 4 will be released on February 4 in Japan for PlayStation 4. Bandai Namco will bring the fighting game to the West on February 9 with PC and Xbox One versions too.