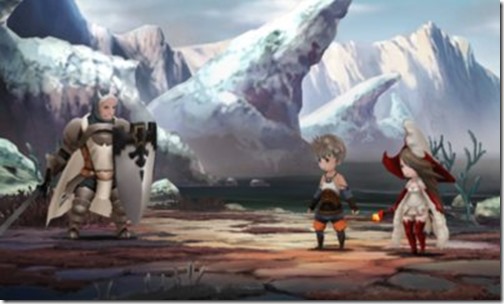 Bravely Default: Flying Fairy feels like a classic Final Fantasy game. It has Final Fantasy III’s job system, a clever twist on turn based battles, and an art style that’s reminiscent of Final Fantasy: The 4 Heroes of Light. It must have been designed as a nostalgic JRPG all along, right? Nope!

“In the beginning, Bravely Default was an action RPG. We switched to a traditional JRPG style by selecting commands and without action,” Takehiro Terada, president of Silicon Studio explained to Siliconera.

“We did a prototype that was up and running,” Terada replied. “We played it and discussed with the producer if it was fun or not, and we decided to make a traditional JRPG.” 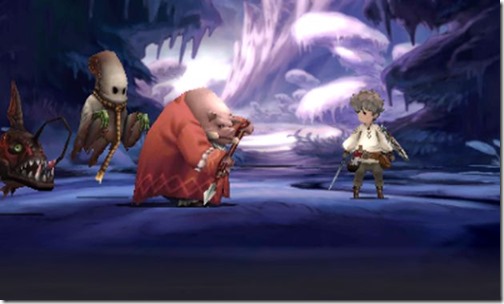 One of Bravely Default: Flying Fairy’s unique features is its augmented reality cutscenes. In Japan, Square Enix released multiple demos and each one had an AR movie accompanying it. Compared to other uses of AR, the movies in Bravely Default are impressive. Characters act out a scene by walking around your room and even fall through your floor.

“The AR is from the Nintendo SDK, but the implementation was done by us,” Terada explained. “Everything is possible with the SDK alone, but probably other developers haven’t had a chance to dig into it.”

So, how did Silicon Studio get started with Bravely Default?

“Square Enix is a shareholder, so we have had a relationship with them from the beginning. We had a connection with the producer so we started talking. They were planning to pick another company for development, but after discussion they selected us,” Terada explained.

While Silicon Studio is primarily a middleware company, they do plan to develop more games in the future, too. Meanwhile, Square Enix have been gearing up for a sequel to Bravely Default in Japan.

Bravely Default will be published in North America and Europe by Nintendo. Europe will get the game sometime this year, while North America will see it in 2014.