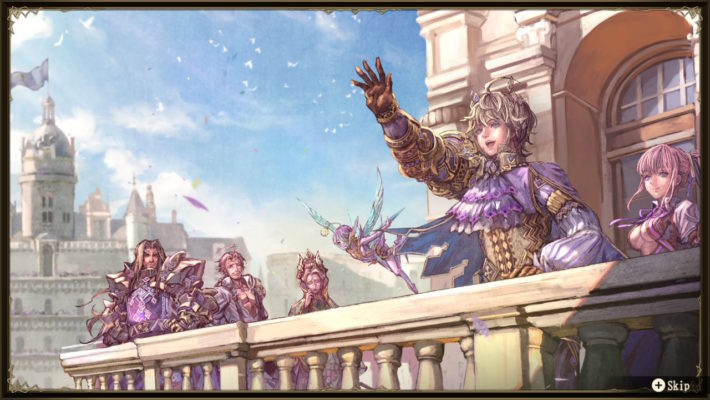 Hey! Brigandine is back!

Statistically speaking, there aren’t many of you who have actually played a Brigandine game, so it’s probably tough to share the enthusiasm. Released for the original PlayStation, Brigandine: The Legend of Forsena is a fantasy turn-based strategy game with an enthusiastic following. It was held back by its limited Atlus print run in the West, and the lack of a localization for its reworked Grand Edition that most praise as the best way to play it.

Still, if Brigandine: The Legend of Runersia seems like a kind of game you’d want to play, you might want to ramp up your hype. It’s not the sort of game that’s welcoming to all kinds of players, but it’s rewarding to those who really want to dive deep into tactical conquest.

In Brigandine, you take control of one nation on a continent full of them, training knights and summoning creatures as you invade and defend strongholds. It’s a little bit of Risk, a little bit of Culdcept and a heaping helping of Heroes of Might & Magic. It’s inherently thinky, but it gives you that time to think. 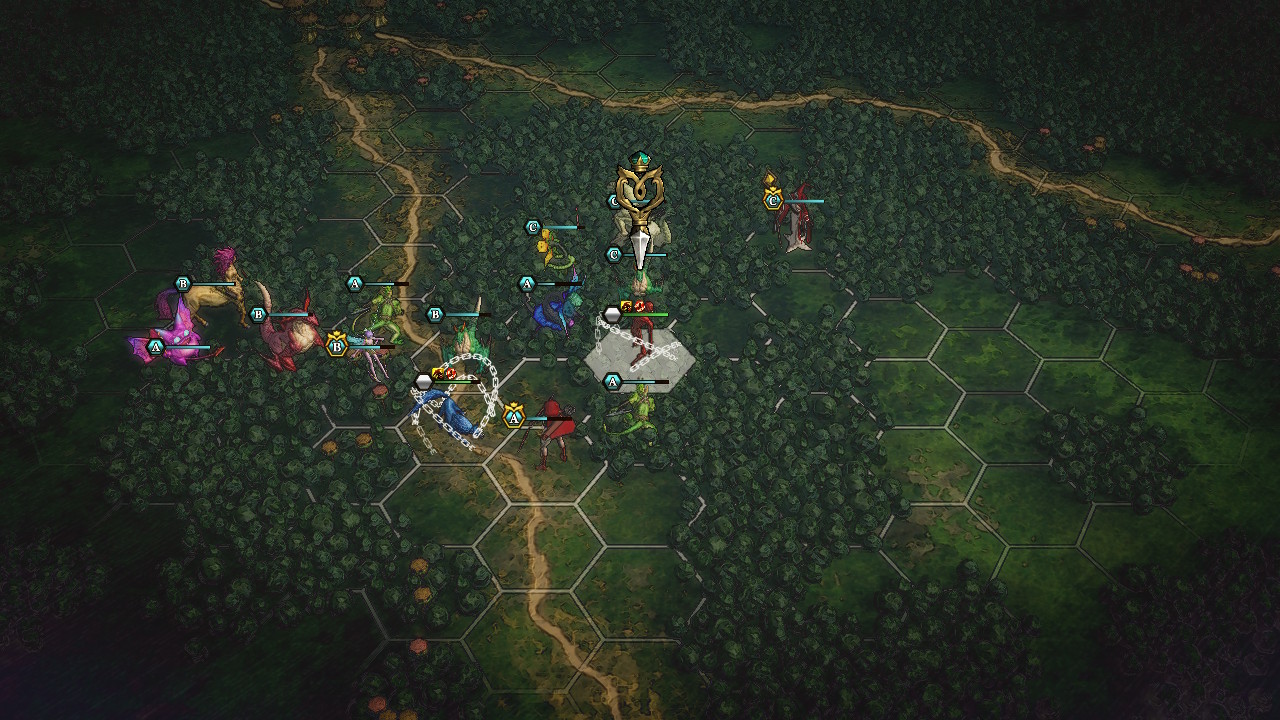 The resulting mixture ends up feeling a lot like a single-player game of Sid Meier’s Civilization. You’ll plan out all your individual actions and judging opponents’ strengths, and you’ll do it over dozens of hours each campaign. Our plays were straightforward marches without a lot of time spent training, and they still topped 30 hours each. Once you get going, you can probably play some battles in downtime or while multitasking like the Switch is so suited to handle. Most of the time, though, Brigandine demands your attention.

Getting started in Brigandine: The Legend of Runersia might take some work. There’s a tutorial option in the menu that does its best, and it tries to explain itself as it goes along. This… only partially works, though. To get comfortable with the game’s systems and menus, you really need to learn through failure. (In many ways, the game’s demo isn’t long enough to let you do that, and that may have led to some frustrated players.) Our recommendation: play your first campaign on Easy, and bail and start over once you’ve gotten the hang of things. Still, a big reason strategy games have seen a rise in popularity is through better onboarding, and Runersia simply doesn’t do that.

Many of your most consequential decisions are made on the overworld map. You’ll move troops, summon using accrued mana and send spare knights out on quests for reinforcements and equipment. These activities are most useful in the early game, when you need more knights to expand the border you can defend, and in the very late portion, when it’s tougher to find ways to strengthen your main armies. If you keep your pedal to the metal like we did in our 30-hour runs, you’ll often expand faster than you can recruit. That means fewer free units to do these things. The more you crank up the difficulty, the more the AI will hold you back. That’ll give you more of these opportunities and a greater appreciation of their usefulness at the same time. 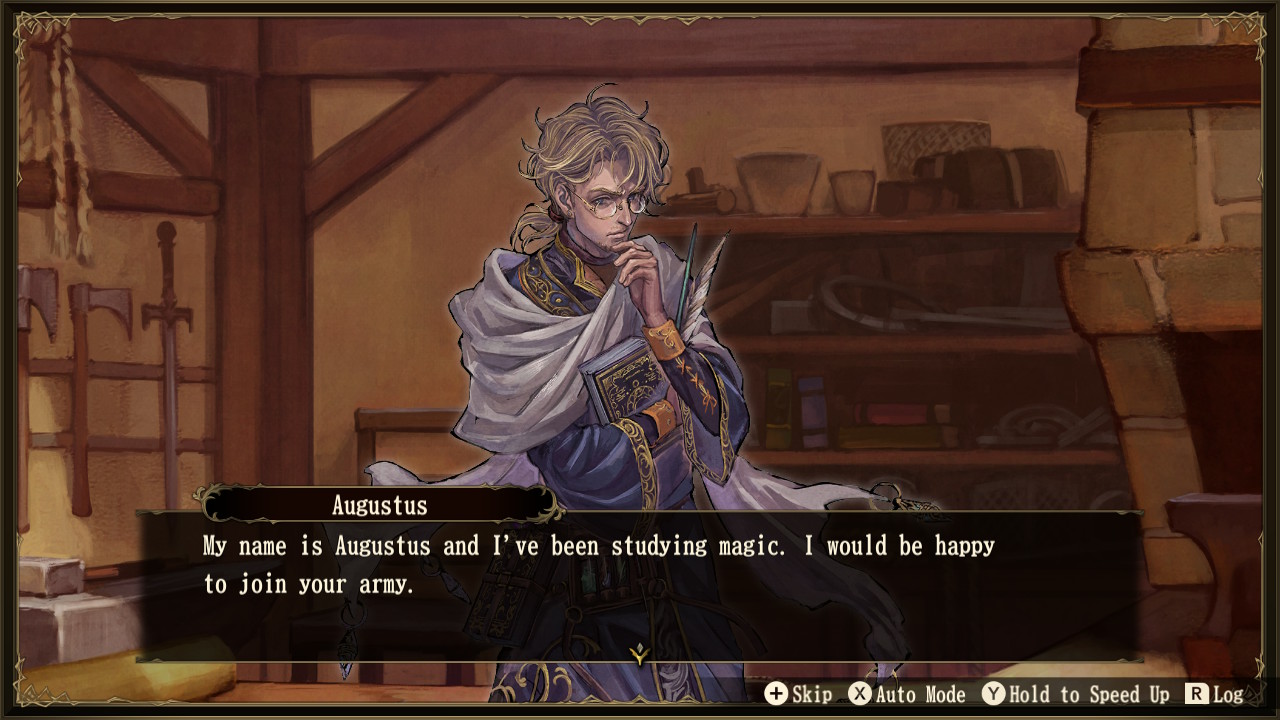 Still, in terms of pure hours played, the focus is on battle. Each fight is limited to 12 turns, but that doesn’t end up feeling very short. The first few rounds have armies marching from the edge of the map toward each other. This can be tactically interesting, in terms of formation and angle of approach. Still, though, it feels long. Maps that cut off, say, four rows on each edge would probably offer similar strategic opportunities and save a few minutes each time.

There are good touches here, though. Invading from different sides leads to different approaches, and marching through the mountains rather than the open plains means different speeds and creature advantages. You can try a pincer attack by invading with troops from different sides. (Or you can, you know, not split the party.) Nations have home-team advantages, with access to units favored in their dominant terrain. You can stock up from bases as you’re invading, but those will be weak, unleveled units.

The marketing of Brigandine: The Legend of Runersia has made a big deal out of its writing, especially its feat of coaxing Final Fantasy scribe Kenji Terada out of games industry retirement. It is, however, not particularly good at conveying its narrative. Scenes pop up at the beginning and end, as well as when leaders level up or you capture a lot of bases. Still, there’s nothing about these that can meaningfully convey information about what’s happened, since… what’s happened is entirely variable. Is the leader a war hero, or did you just leave them at the capital for safety? The story can’t say. And the story can’t really do much to change the battlefield, either, so you’re generally not missing anything important when you skip it. 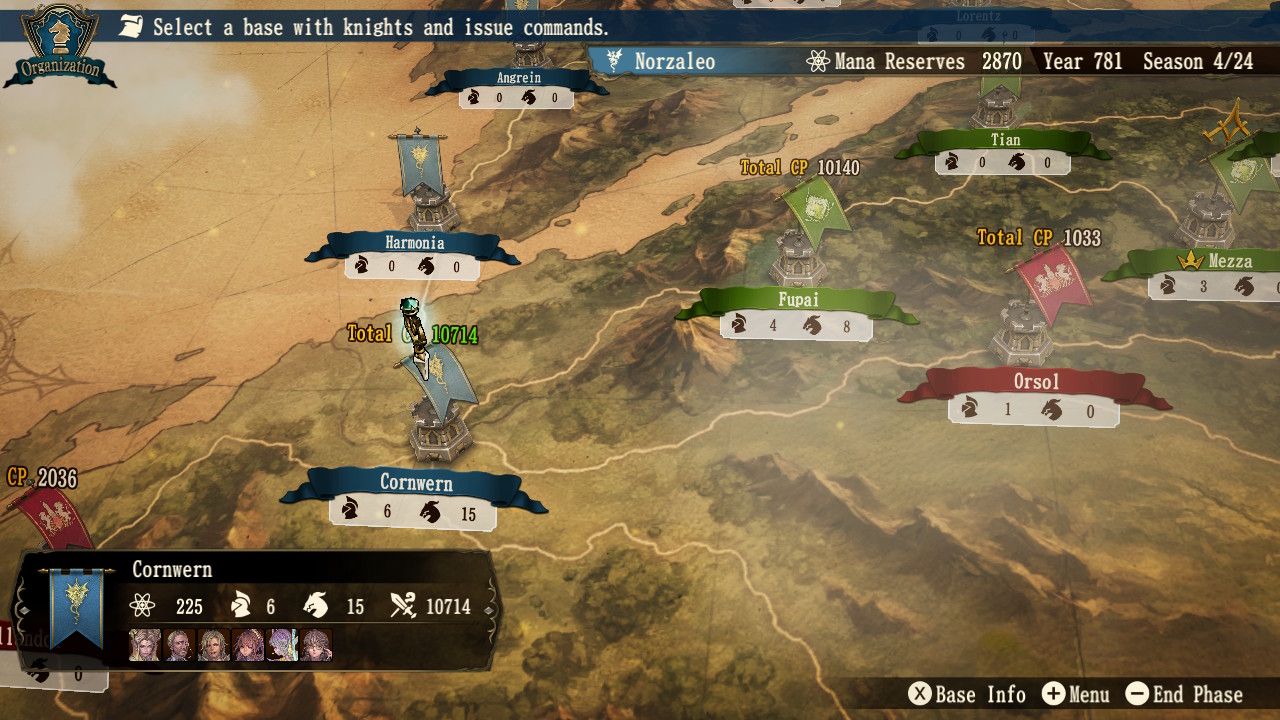 A strategy game is only as good as its usability, and The Legend of Runersia’s to-a-fault focus on aesthetics and interesting color palettes sometimes gets in the way of that. There are options to color-code units on the battlefield and zoom in to get a better view, but having to do any of that just to get a base understanding of things is a flaw. Things could be clearer, but the game regularly makes art choices instead.

Each campaign tries to pivot to an endgame of sorts. It’s easy to see how this would happen: often the final fights are a given, as you have the resources of 90 percent of the continent, and it’s anticlimactic. We won’t get into the story elements of it, but we really wish it felt more integrated into gameplay and less like an afterthought. Still, if you’re looking for a true challenge at the end with the armies you’ve built up, it does its best to offer that.

Brigandine: The Legend of Runersia prides itself on its simultaneous release, but it does so without the care and polish you’d hope to see on the English side. There are translation errors, including in ability descriptions that affect play. Does this magic spell hit all enemies in range, or just one? This stuff is important, and the game lies to you sometimes. Oh, and the whole thing uses a typeface that straight-up doesn’t fit with that all-too-important aesthetic, opting instead for one that’s awkwardly default. These are easily fixed. Maybe they will be? Who knows. 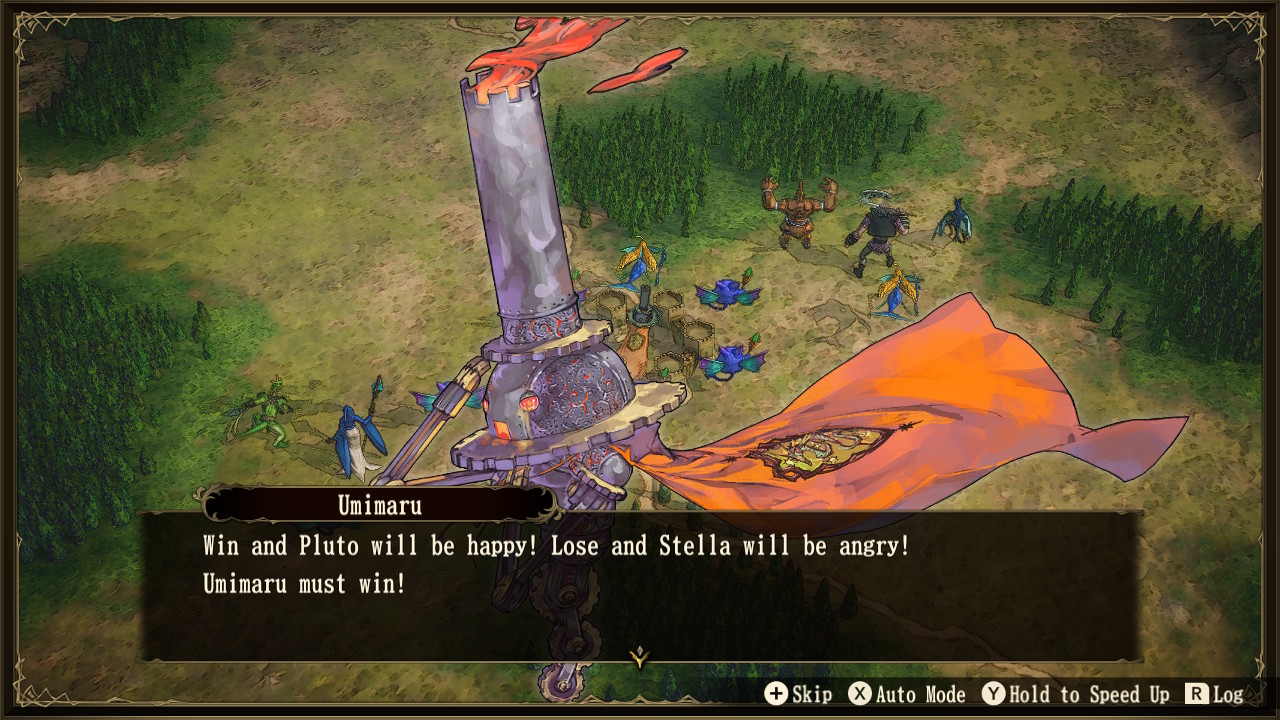 The Switch is a great platform for games to dip into for a bit when you have a few minutes, but Brigandine: The Legend of Runersia isn’t one of them. It’s a commitment. A rewarding one, perhaps! But it asks players to stick around and learn, stick around and strategize, stick around and grind through dozens of battle maps. It’s more of a hobby than a diversion, but players looking for just that will find a game that gels well with their sensibilities.

Brigandine: The Legend of Runersia is available June 25, 2020 on the Nintendo Switch eShop. A physical release was available through Limited Run Games.

Brigandine: The Legend of Runersia

Runersia - a continent blessed with mana showers from times of old. Five Mana Stones discovered long ago have been embedded into special armor called Brigandine, each one representing the ideology of the nation possessing it. These have come to be known as the Brigandine of Justice, Sanctity, Freedom, Glory, and Ego. The time now is Runersia 781, and a war looms on the horizon for five nations and a small tribe with incompatible ideologies. Six rulers and their rune knights will throw themselves into the conflict, each with their own hopes and expectations. Once the land has been unified under a single banner, memories from The Legend of Runersia will be reclaimed and the truth of what happened here on Runersia shall be revealed.
8