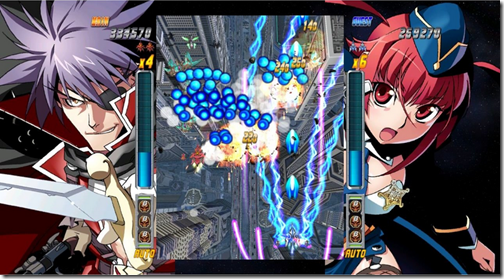 After releasing a port of Ketsui for Xbox 360, Mages/5pb made an original vertical scrolling shoot ’em up called Bullet Soul. Looks like that game is turning into a series. Mages announced Bullet Soul: Infinite Burst (temporary title) which is slated for release in 2014 on Xbox 360. No details about the game have been announced at this time.