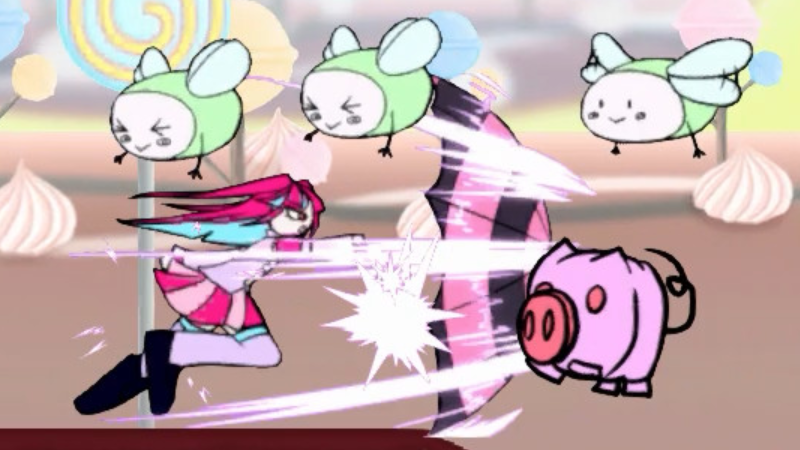 Byking has published five free games on PCs to coincide with the Steam Next Fest event. The Japanese studio has been holding an annual game development program for new recruits. It also announced that this marks the first time it has publicized the games created by its new staff members.

Two out of the five titles feature robot combat. CustomBullet is a 1v1 mecha versus game with a robust robot and weapon customization system. RunOut is a three-player competitive game where each player can change the robot type on the go while trying to push other players into lava.

Though the actual games only support the Japanese language, Byking has added English descriptions on each title’s Steam page. Despite being released on PCs, all five games only support gamepad controls instead of keyboard and mouse. Custom Bullet and Toynip also only have multiplayer modes with no single-player support.

Byking is a Japanese game development studio that has been mostly working on team battle games, such as Gunslinger Stratos, Starwing Paradox, and Mobile Suit Gundam: Bonds of the Battlefield II. Shinichiro Obata established the company in 2008 after having previously worked at Capcom to develop games like Gundam SEED: Alliance vs. ZAFT.

In recent years, the company has been best known for developing two My Hero One’s Justice games, which Bandai Namco released in 2018 and 2020, respectively. However, Byking also published its own game, titled Abyss Memory: Fallen Angel and the Path of Magic, in late April 2022. The latter is available on Nintendo Switch and PC via Steam.

Byking is also working with Amuzio to release a PlayStation 4 version of its 2016 arcade title Magicians Dead: Force of the Soul. The company initially revealed a Spring 2022 release window in November 2021. In May 2022, it delayed the game’s release to Winter.

CustomBullet, RunOut, Toynip, Ignite, and Reilla ~Sweets Adventure~ are available for free on PCs via Steam.