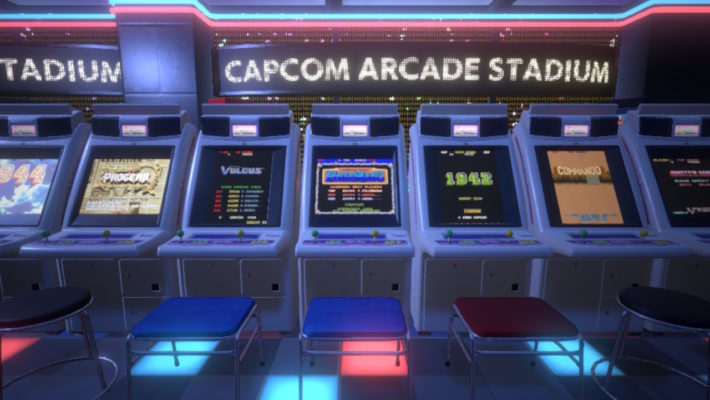 Capcom Arcade Stadium is hardly the company’s first time re-releasing its arcade library. Even on Switch! There’s Beat ‘em Up Bundle. There’s both Street Fighter 30th Anniversary Collection and Ultra Street Fighter II. Arcade Stadium, then, takes a different approach: quantity over quality. Not that these are bad versions! But rather than rebuild games with online play or implement new features to these games, Capcom Arcade Stadium brings you unadorned arcade ports. In doing so, it digs deeper into the library and mixes all-time classics with some others you may not have played.

Capcom Arcade Stadium includes a wealth of gameplay options in all your favorite genres, as long as your genres existed in the classic arcade. The three paid packs are grouped by era rather than genre, though. If you’re looking to dig deep in one, you’ll have to grab them all, but if you’re just looking to dabble? This division is rather convenient. While the earlier games have the inherent advantage of nostalgia, Capcom’s best and most robust titles are all logically in the last pack.

Of particular interest to our readers is the game’s robust handling of regions. Whether you want to experience the sometimes-different gameplay balance or just want the Japanese language whenever you can get it, Capcom Arcade Stadium lets you choose which version to boot for each game. There are a few releases that don’t have both versions, but honestly it’s nice to see them here as they’re the sort of game that would previously have been cut from the package. 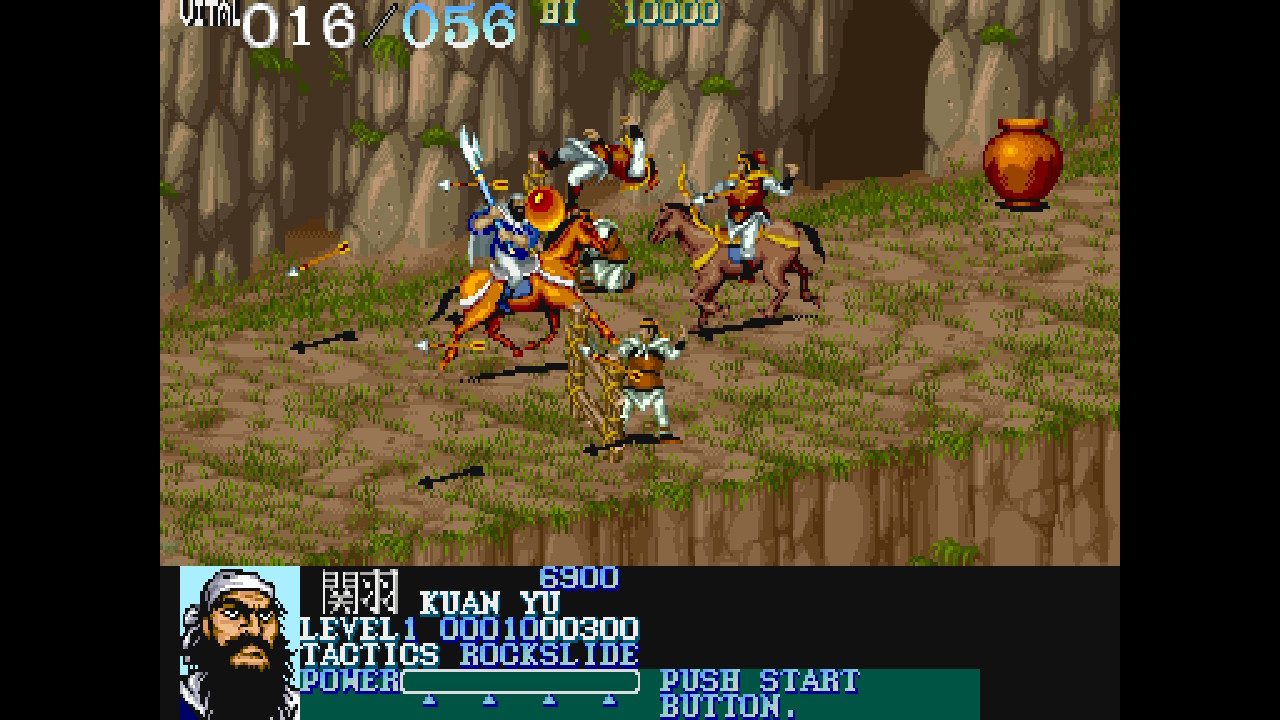 It’s easiest to understand Capcom Arcade Stadium when you think of it as just some ROMs in an emulator. In a lot of contexts, that’s not great! They’re the games they were, with no fixes or enhancements. It’s weird to find the Beat ‘em Up Bundle games here with clear downgrades. It’s hard to understand why a Street Fighter fan would pick these versions to play. And it’s sad to see a Switch exclusive not really do any, well, Switch things.

But it does mean that it’s easy to build some compilation-wide functions. Like rotating the screen! It’s cool, since products like the Flip Grip have made the Switch a popular platform for arcade games with vertical monitors. It does get a little weird, though. Why? Because you can rotate the menu and screen independently, and because there are no limits to the orientation.

We can see how they got here: you may want to lock the menu into the standard direction so it’s big and accessible, but individually rotate the vertical screens for when you play those. But why exactly would you need to flip the screen upside down while turning the menu to the right? Or do any of these things within one of a host of displayed polygonal models of old arcade machines? It is fun for a second! But it’s clear they’re just here because it’d be harder to put in limits. 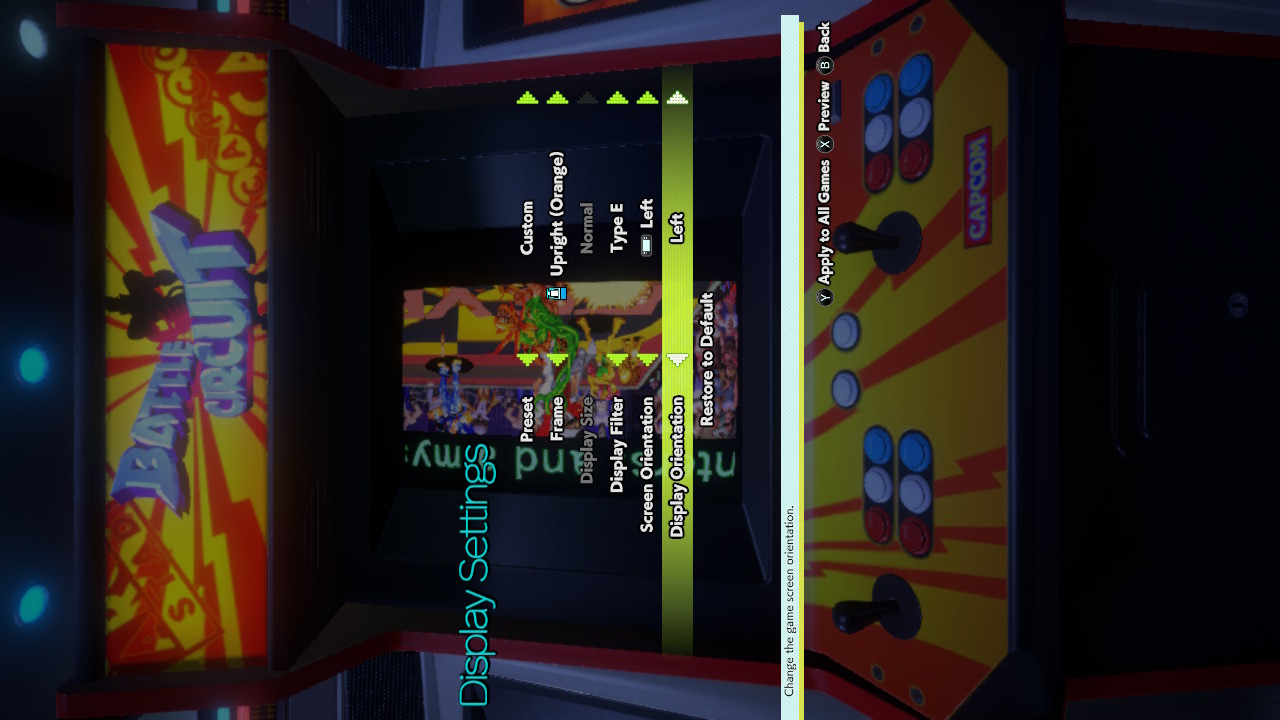