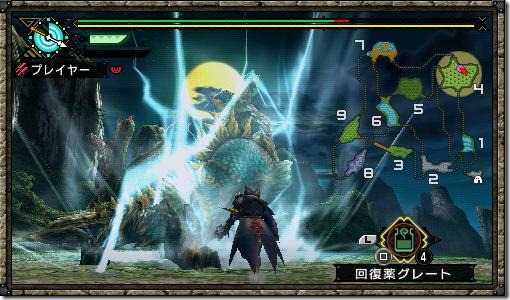 Capcom just had a great fiscal year. Owing to the sales of a number of games, their net income — commonly referred to as a company’s “bottom line” — rocketed up by 257.6 % compared to the previous year.

Five titles in particular helped achieve this. The first, of course, is Monster Hunter Portable 3rd, which has shipped over 4.6 million copies in Japan alone to date. Meanwhile, overseas, Dead Rising 2 and Marvel vs. Capcom 3 both sold 1 million copies each, of their 2 million-plus (each) shipment. Super Street Fighter IV for consoles shipped 1.6 million copies, while Lost Planet 2 shipped 1.5 million. Both these games also crossed the million mark in terms of actual sales.

That’s just the console department. In their mobile phone segment, Capcom point to Monster Hunter Diary on Mobage Town as a success, saying it enabled them to reach new users. The game has over 1 million subscribers, although we would imagine that not all of them are paying subscribers.

In the smart phone department, Ghost Trick on the iPhone performed favourably, and Street Fighter IV reached its projected sales. Both games were distributed in an interesting fashion. Capcom distributed the first two chapters of Ghost Trick for free, allowing interested users to pay for subsequent chapter sets separately. Meanwhile, Street Fighter IV was released with a few playable characters, but continually updated with free content.

Games like The Smurfs’s Village on Facebook — which “exceeded expectations by far” — and Zombie Café also had a bearing on Capcom’s performance, as did Monster Hunter Frontier Online for the Xbox 360 and PC, which has shown “solid performance”. Finally, two pachislot games, Sengoku Basara 2 and Onimusha: Dawn of Dreams, have also been doing well.

Forecasting their ongoing fiscal year, which will end on March 31st, 2012, Capcom expect lower sales and earnings due to the fact that their past year was so strong. However, they also expect increased profitability, owing to growth of their online games and their mobile phone segment. Notable upcoming mobile phone titles include Sengoku Basara Mobile and Resident Evil: Outbreak Survive.