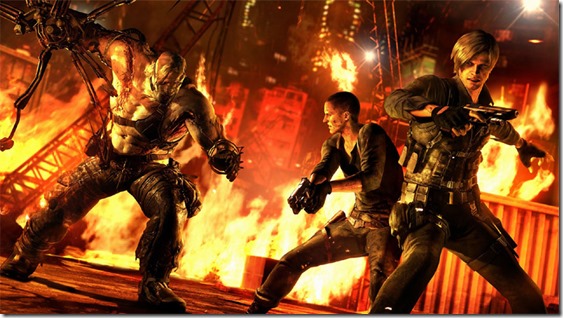 As reported in the past, a number of Capcom’s games in recent time have failed to meet their sales forecasts, the most notable among them being Resident Evil 6 and DmC Devil May Cry. As a result, profits dropped and Capcom are taking countermeasures to attempt to deal with the issue.

Key among these countermeasures is to increase the longevity of key titles by creating and selling downloadable content. Capcom mention in their most recent annual report that, in 2012, DLC accounted for 27.8% of the consumer games market, but that only 11.3% of Capcom’s sales came from DLC.

Capcom say their failure to capitalize on DLC better is due to the increased focus they placed on their online business, specifically the Mobile Content and PC segment, in response to the rapid growth of the social games market. Going forward, the company hopes to keep DLC in mind from the very start of development.

“I regret to say that, up to now, we had few plans for the full-scale implementation of DLC. From here on out, we need to focus on the long-term provision of content starting at the earliest stages of development,” says Capcom president Haruhiro Tsujimoto.  “Furthermore, in terms of user response, if the additional related content we are providing continually to users online is deemed uninteresting from the start, there will be no ongoing business to pursue. This means that, more than ever before, the creation of underlying content is the key to success.”

Tsujimoto follows up another very interesting comment in the report as well—he mentions that, even if Capcom have plans to create a new version of a game two years down the road, if the previous version is still entertaining players through downloadable content, he sees no reason to allocate staff to developing a new version until actually necessary.

For the remainder of their ongoing fiscal year, Capcom have their hopes pinned on three key titles in their Consumer Games segment—Monster Hunter 4, Resident Evil: Revelations and Lost Planet 3. Sales forecasts for the three are as follows:

Despite a drop in profits for their previous fiscal year, Capcom saw an increase in revenue, owing partly to their online games segment.