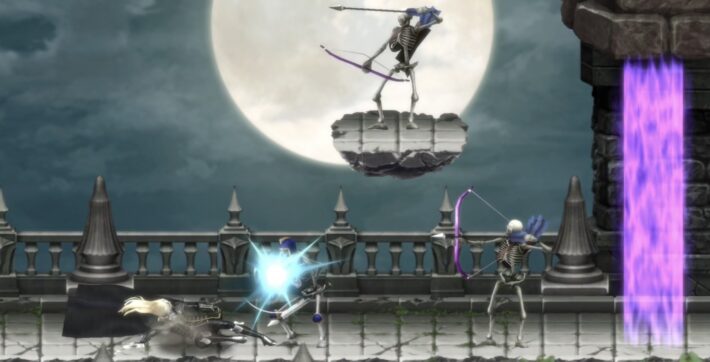 After a brief absence, Castlevania: Grimoire of Souls rose from the dead and returned as an Apple Arcade exclusive. Konami rereleased the mobile game, which involves going through Dracula’s castle to fight familiar enemies inside grimoires. It is now free for subscribers to play on Apple devices.

The game follows the typical Castlevania formula. You play as one of multiple heroes or heroines from the series over the years. The first few mentioned in the official product page are people like Alucard, Shanoa, and Simon Belmont. However, it also mentions the game will be updated with more. Your goal is to clear out each Grimoire. Daily Missions and multiplayer opportunities also come up on the official website.

Here’s a new trailer showing off how Castlevania: Grimoire of Souls looks following its return to Apple Arcade. While brief, it shows multiple playable characters and their special skills.

Castlevania: Grimoire of Souls is available for Apple devices via Apple Arcade. The service costs $4.99 per month to access games on mobile devices and MacBooks. When it originally debuted in September 2019, it was available on Android and Apple iOS devices. However, it was only available briefly. By September 2020, Konami removed it from storefronts and shut it down.