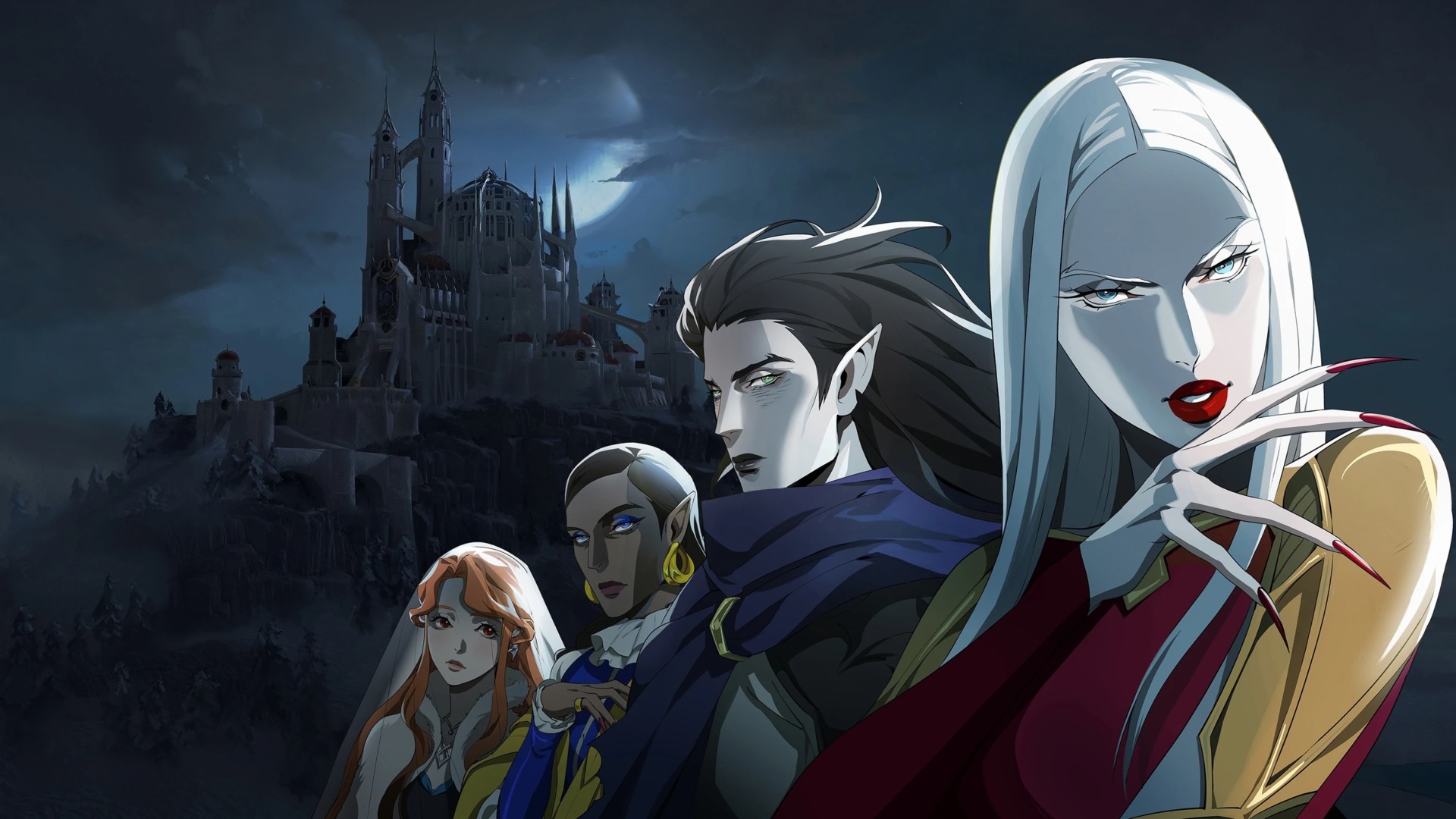 While people wait for the Castlevania Netflix series’ fourth season, some new looks at what went into the third have been shared online. Powerhouse Animation Studios, one of the production companies behind the animated series, has shared some of the character sheets for the Council of Sisters, the four major foes in the March 2020 season.

Editor’s Note: All four of these characters were introduced in the third season, which means their existences are essentially Castlevania spoilers.

First, here is Carmilla. She’s the head of the Council of Sisters who formerly was one of Dracula’s generals. While she really takes the lead in the third season, she has actually been present since the second season of the show. Also, I don’t want to alarm anyone, but her model sheet noted, “This character is a vampire and has fangs.”

Next is Leonore. She is especially good at manipulating people and, as such, takes on certain diplomatic duties for the Council of Sisters.

Morana takes on an administrative role in the Council of Sisters. She essentially runs things when Carmilla is occupied with other things. She is also in a relationship with Striga.

Finally, Striga heads up Styria’s military for the Council of Sisters and handles their armies. This means she also helps Morana keep Styria running.

The first through third Castlevania Netflix seasons are now available. A fourth season was confirmed after the third was released.