After completing Nier, Square Enix Japan signed on to produce a new intellectual property from Cavia under the code name Catacombs. A former AQ Interactive/cavia employee spoke to Siliconera about his/her title, which is set at the Museum of Natural History in New York. 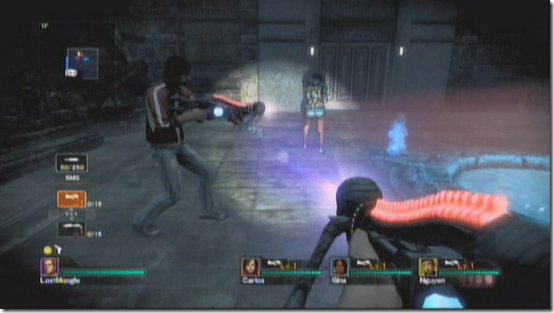 Catacombs begins with a crowd lining up to see an exhibit on a culture and religion that predates any recorded civilization. The player catches a glimpse of four people about to become heroes in event scenes before entering the museum. All eyes are on a mysterious object in the center which emits a flash of light. Monsters suddenly fall from the ceiling and the floor crumbles. Creatures mercilessly slaughter patrons and some security guards while Catacombs’ four heroes are consumed by a purple haze rendering them unconscious.

When the heroes awaken, they find themselves as some of the last survivors. Two security guards come to their rescue and try to fend monsters off as the group runs to an elevator. The heroes are saved, but the guards perish and one of the panicked heroes frantically presses the close door button. The elevator jumps from floor to floor until a cord snaps and the lift freefalls to the bottom of the museum. The four puzzled heroes emerge from the rubble and find themselves in a twisted labyrinth.

Who are the four playable characters? 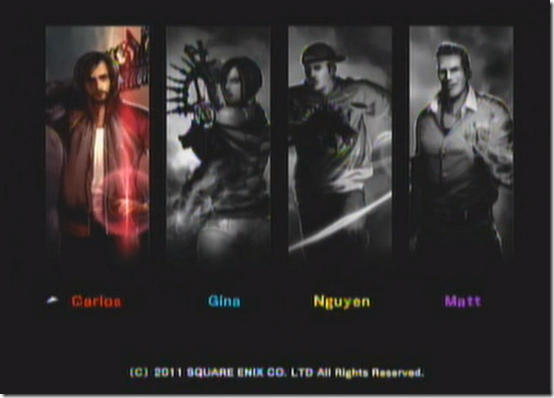 Matt is a tech executive in his early 40s. He went to the museum with his son, but is more interested in flirting with tourists. Matt likes to think he’s the leader of the group, but he’s actually more like comic relief.

Carlos came to the museum on a date with who he says is the hottest girl in Brooklyn. He works in a bodega, but originally came to New York from Florida to fulfill his dream of becoming an actor. As part of the group he makes sarcastic quips, but always puts his teammates first.

Gina is a college student who went to the museum on a school trip. She’s confident and is actually the group’s leader. Although, Matt and Gina tend to argue about who is in charge. Gina is also the most in tune with the mysterious world and provides insight for the group.

Nguyen is the youngest survivor being a high school student in his late teens. Nguyen’s family immigrated from Vietnam and he is trying to balance his identity between his family’s origin and his hip hop loving friends. Nguyen went to the museum with his brother and extended family who want to show him artifacts from his roots. 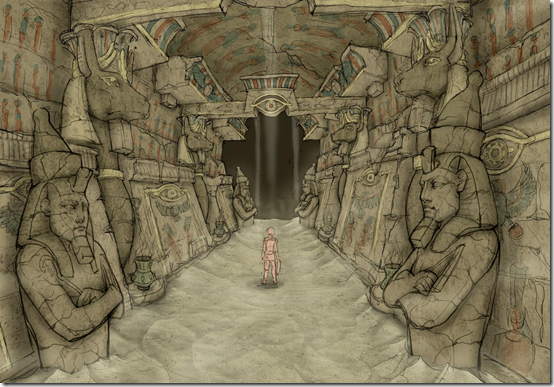 Catacombs is a team shooter RPG with guns that level up and spells. Players start out with a basic pistol with infinite ammo, but you’ll want to grab one of the magic infused guns as quickly as possible. Cavia made a shotgun that looks like a demonic mantis. At level one, bullets fly out underneath its head. The shotgun grows arms at level eight (the maximum level) and its head becomes the barrel. Each level up increases the width of your blast. Other weapons include a machine gun that looks like a skeleton and a dragon-like magnum that grows wings plus gains explosive bullets. All weapons illuminate the area with a built in flashlight and the color of the beam depends on which character you’re playing as. The four heroes travel together even in single player mode where the computer controls the three remaining characters. 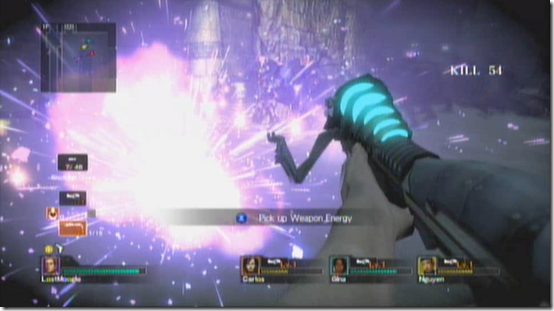 Magic rings dropped by enemies in the labyrinth let players cast spells. These have a set number of charges and won’t work when they run out. The Cure Ring restores HP. You can use this on yourself or a nearby teammate. A different ring powers up your gun and another ring casts Protect to reduce damage. Decoy creates a shadow clone of the player that draws enemy fire. If you level up this spell, the shadow clone will explode killing nearby enemies. 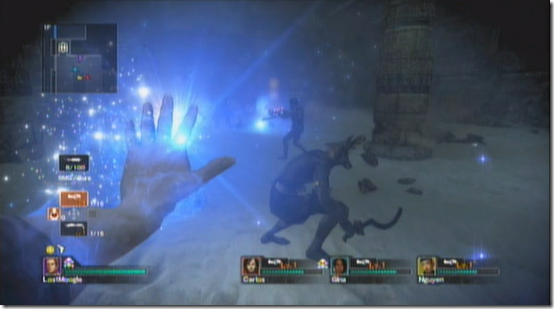 Unlike other shooters, Catacombs does not have fixed maps. Levels are randomly generated with narrow corridors and open rooms packed with enemies. The goal of each floor is to reach the elevator which the heroes hope will bring them to the surface so they can escape.

Square Enix planned to reveal Catacombs during E3 2011 as a retail PlayStation 3 and Xbox 360 game. The game, our source says, is far along in development and was playable, but Square Enix isn’t sure if they will complete the title. Like Nier, Catacombs has "twists" to it and we’ll be talking about what makes the game unique all this week. Hopefully, we’ll spark enough interest to get the game back on track.

Spencer’s note: It was never our intention to mislead with our news blip. If you felt we did, I sincerely apologize and instead of simply saying sorry I just made a donation to UNICEF to make amends. At the very least all of the outrage will bring some less fortunate people food and vaccines.