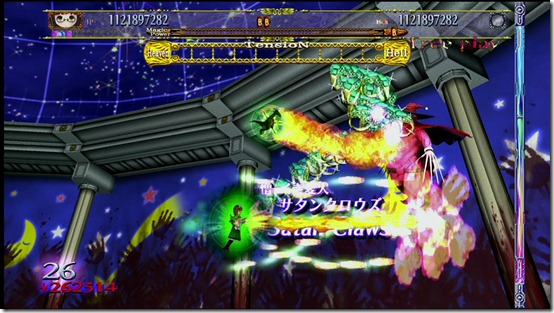 As part of a rare and insightful interview with Develop magazine, members of Cave discussed how they approach developing shoot-em-ups for the Japanese audience and how, going forward, they feel they will develop them for a Western audience via their iPhone releases and other avenues. Here’s an excerpt:

Espgaluda II is one of your first games to see release on home platforms outside of Japan. How does considering an international audience affect how you design a game when first creating it?

If by design you mean graphic design, Deathsmiles II and Espgaluda II were both designed with Japanese domestic users in mind, so we went with a design that pressed human characters instead of ‘ships’ to the forefront. However, if we look at shooting games supported overseas — especially North America and Europe — we think that stylish looks like those of Geometry Wars and Rez, should be taken into consideration.

With regards to game design itself, although 2D scrolling shooters are still the mainstream in Japan, overseas we see topdown arena shooters with multi-directional shots, or full 3D FPS and TPS games, as the mainstream, and we think it may be important to tailor our games towards that direction.

Interestingly, later in the interview, Cave refer to the genre as “bullet heaven,” rather than bullet hell, which is the term most of us are familiar with. To read the entire interview, grab the online copy of Develop magazine #106 at this link. (It’s free)

Many thanks to Denpa no Sekai for the awesome tip!