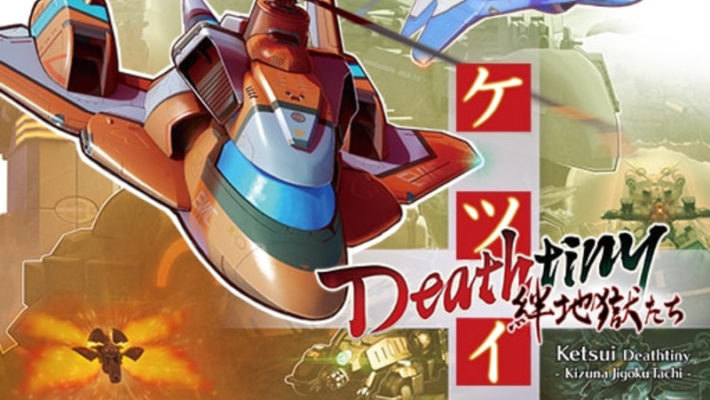 During the latest M2 Shot Triggers livestream held by M2 earlier this week, the company revealed that Cave’s Ketsui, which was ported to PlayStation 4 with extra features as Ketsui Deathtiny, is getting a Western release.

Ketsui Deathtiny originally released on PlayStation 4 in Japan in 2018, so this has been in the works for a while. The PS4 updated port includes a new Super Easy Mode for players who aren’t that good at shoot-em-ups, which will also make the hidden boss available to fight. The port also brings back the limited IKD 2007 Special version of the game that was only available at certain Cave events in Japan at the time as DLC. There is also a Custom Mode that can turn off certain glitches if you prefer polish over faithfulness, and a Bond Develop Mode which lets you practice segments that you died in by setting players back five seconds before death and forcing players to survive the next ten seconds. Finally, there are the usual M2 “Gadgets” that show various stats and extra info along the side of the game screen. 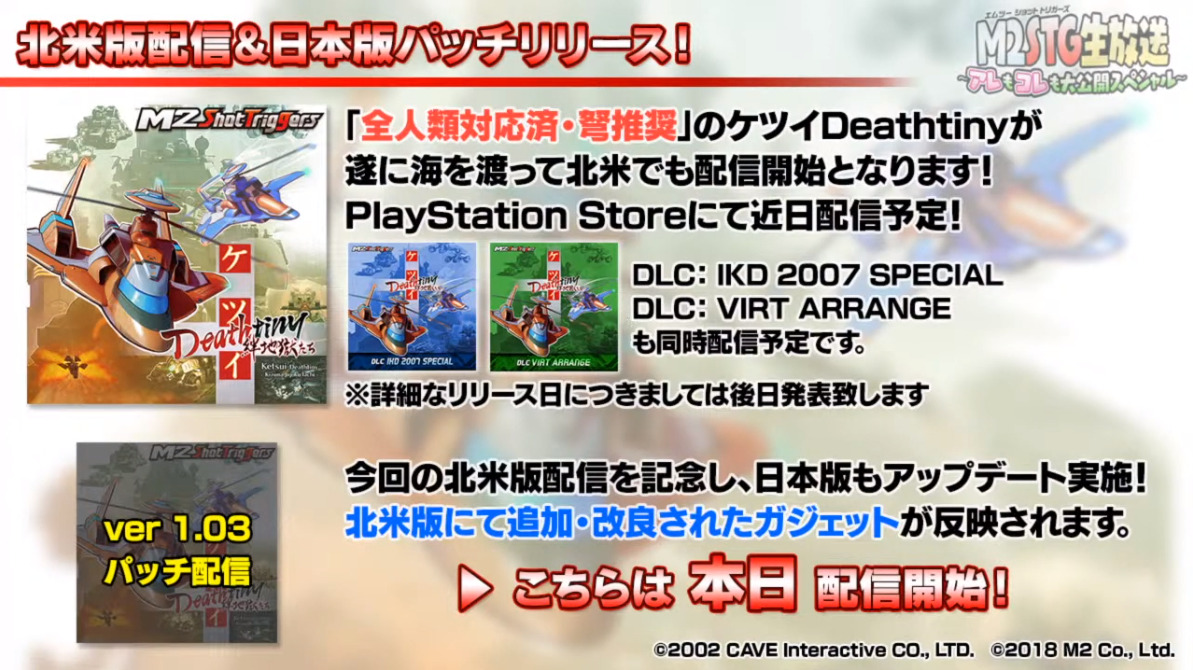 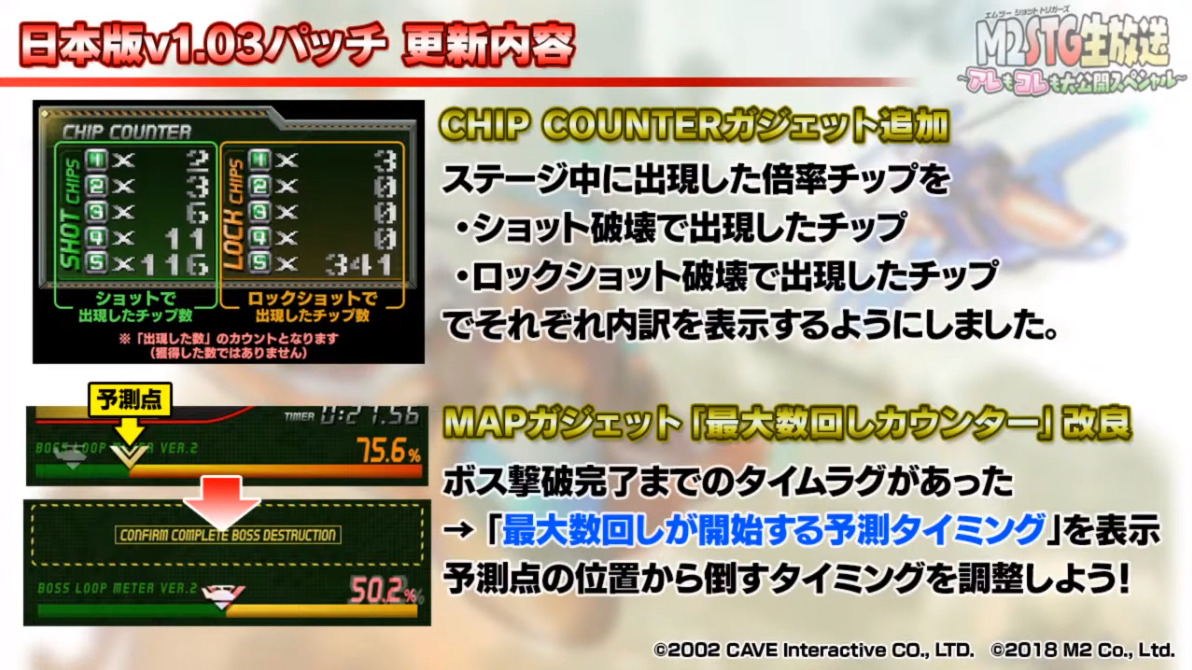 M2 also took the Western release opportunity to tweak the game even further, adding improvements and additional gadgets. These have already been added to the Japanese release with the Ver. 1.03 patch which released this week. Chip Counter will show the amount of score multiplier chips you have collected via shots and locked shots, while the gadget showing boss loop timing predictions has been made more accurate.

An official announcement in English is coming, and M2 says to wait for more information.

Ketsui Deathtiny: Kizuna Jigoku Tachi is available on PlayStation 4 in Japan, and will release in North America “in the near future.” It has also appeared in arcades and on the Nintendo DS, PlayStation 3, and Xbox 360 in Japan.