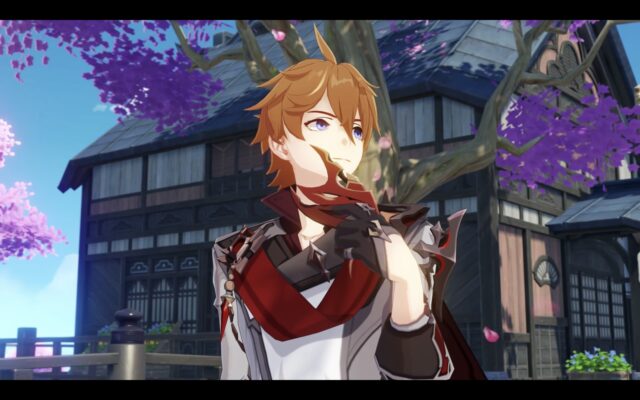 When the Genshin Impact 2.2 update appeared, it marked the return of the Tartaglia banner. To celebrate that, miHoYo announced a number of supplemental additions honoring the character. To be specific, there are now Childe stickers and a He Who Wanders Untrammeled Genshin Impact EP video.

There are three Childe Genshin Impact stickers featuring the Fatui member with three names. One is a more casual one, while the other two call attention to his attacks. Life Is Wonderful features Childe smiling. Conquer the World and Take Aim both feature him preparing to fight. The former is after his Elemental Skill Foul Legacy: Raging Tide triggers, turning his bow into daggers. The last one is him using his bow as usual.

Travelers, feel free to use these stickers ♪(^∇^*)

In addition, the Event Wish "Farewell of Snezhnaya" is now available after the Version 2.2 update.#GenshinImpact #tartaglia pic.twitter.com/rs3W4ufyzb

As for the new Genshin Impact EP, He Who Wanders Untrammeled features songs from Inazuma that people can hear while exploring. Since one of the latest events will involve Tartaglia appearing in the region, the video has him exploring and spending time in some towns while three songs play. (There’s a Thoma cameo too!) The three featured tracks this time are “Streets of Elegance,” “Blue Dream,” and “Separated Dream.”

Genshin Impact is available for the PS4, PS5, PC, and both Android and Apple iOS devices. A Nintendo Switch version is in development.