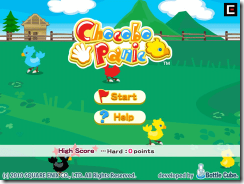 Chocobo Panic has players touch colored chocobos to hold them until the game tells you to “let go!”. The game takes advantage of the iPad’s multi-touch screen since players can use up to six fingers to catch chocobos. Sounds something like finger Twister with moving dots. Chocobo Panic also has a two player mode and keeps track of your high score.

Chocobo Panic is Square Enix’s second iPad game. Their first? Morita Shogi HD. You can Chocobo Panic plus a stable of blue, red, yellow, and forest loving black chocobos for $3.99. 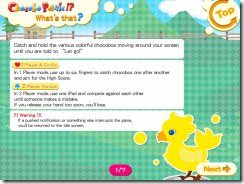 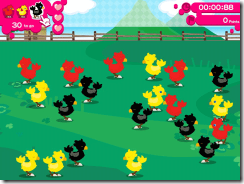 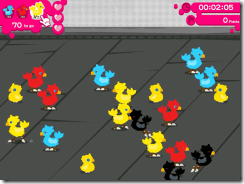 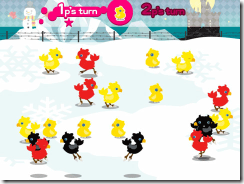