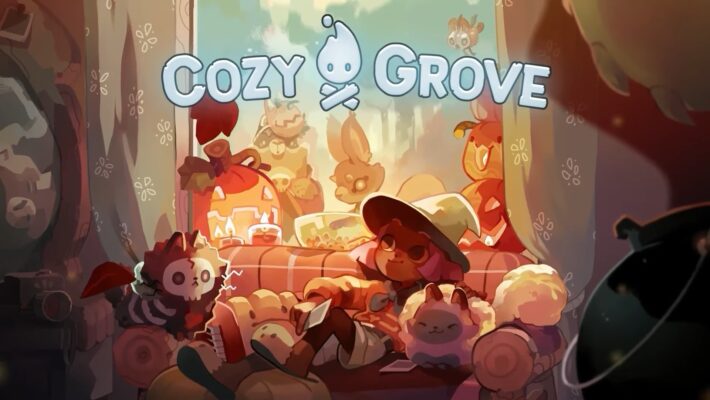 Cozy Grove players will get to feel even cozier in October 2021, as Spry Fox released a new Autumn Update. This Cozy Grove patch adds interior decorating for tents, house cats, spirit bunnies, and a new camera function. Spry Fox also added new Halloween costumes for the player character and an event. Appearing alongside the new content are a variety of bug fixes, improvements, and new background music.

Up until now, players were unable to enter the interior of their own tent in Cozy Grove. Now once players upgrade their tents a specified number of times, they will be able to decorate it. In addition to existing exterior decorations, the Autumn Update will add new interior decorations. Fully upgraded tents will also feature several rooms, similar to house upgrades in Stardew Valley or Animal Crossing.

Additionally, players can also acquire cats and bunnies as pets in Cozy Grove. Cats are not purchasable at any vendor, and will require players to lure them into their tent by placing three foods into the Cat Beckoner located in the tent. From there, players can increase the cat’s happiness by placing certain types of decor nearby and feeding them treats. Bunnies, on the other hand, are outdoor pets and can be acquired by spending time with Lee Berry.

As a quality of life improvement, players can now play the accordion to instantly gather harvestable items in the near vicinity. The camera tool can also help capture important moments in the game and is also part of a new minigame.

If you’re interested in seeing more from the Autumn Update, check out the Cozy Grove update trailer below:

Finally, listed below are the patch notes for Cozy Grove Version 3.0 courtesy of Spry Fox:

Cozy Grove is available on the Nintendo Switch, PS4, Xbox One, PC, and Apple Arcade. The Autumn Update is currently live.