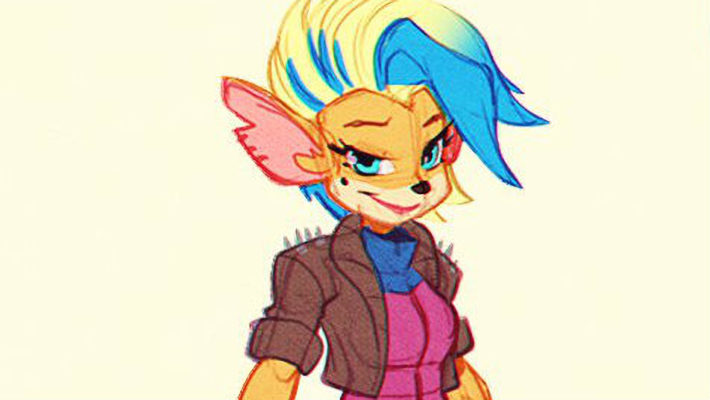 People have a chance to see what might have been when it comes to Crash Bandicoot 4’s Tawna. Rob Duenas, the Concept Artist for both the latest game and Spyro Reignited Trilogy shared concept art of two designs that didn’t make it into the full version of It’s About Time.

Both of the images shared on Twitter involve alternate skins for the heroine. One seems to be a Kill Bill-inspired design, with Tawna in a yellow jumpsuit with yellow and black sneakers and a matching sword. The other goes for a cuter aesthetic, complete with a schoolgirl uniform, watermelon slice purse, giant cup of bubble tea, and a purple Godzilla-like kaiju perched on her head.

Here’s a better look at both of Duenas’ designs. 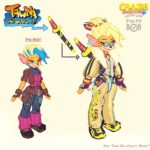 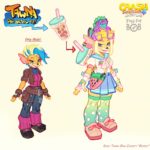 Tawna was first revealed as a Crash Bandicoot 4 character back in September 2020. At the time, people also learned that she would be playable during portions of the game. However, this is an alternate version of the heroine, so she does look a bit different than people might expect.

Crash Bandicoot 4: It’s About Time is available for the PlayStation 4 and Xbox One worldwide. People who hit 106% completion in the game found a logo hinting at another game.