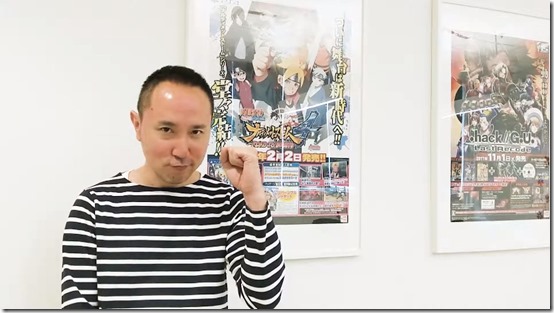 CyberConnect 2 released its latest Hiroshi Q&A featuring company CEO and president Hiroshi Matsuyama. In Episode 11 he touched up about chances on Ninja Storm 4 for Switch and teased a new anime game.

Check out the video below:

When asked about the possibility of playing Naruto Shippuden: Ultimate Ninja Storm 4 on Switch, Matsuyama points out that the first three games are available on Switch and it is possible to bring 4 to Switch, but fans would have to request it from Bandai Namco.

In the second question he was asked “If you were to make another anime game series like the Storm games, what anime would you choose?” to which Matsuyama says that he can’t answer it because they’re already have an idea and have begun developing it. While he can’t share what they’re working on now, they’ll have something to announce when the timing is right, and he hopes you look forward to it.

Naruto Shippuden: Ultimate Ninja Storm 4 is available on PlayStation 4, Xbox One, and PC.