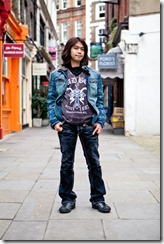 The creator of Guilty Gear, Daisuke Ishiwatari, knows his fighting games. While the genre took a backseat for a few years, one-on-one fighting games are back in the spotlight with Street Fighter IV, Mortal Kombat, and BlazBlue.

When Siliconera spoke to Ishiwatari-san we asked him about the future of fighting games and the company he works for, Arc System Works.

Fighting games are back in vogue now. What do you think of the state of the genre today? How can it be improved and what pitfalls do you see ahead?

Daisuke Ishiwatari, Producer: On a very basic level, nothing has changed. The essential rules of the game have remained the same. You have two players – one loses, one wins. It’s what surrounds that experience that is important – with arcades not as big as they were in the west, online plays a big part – in getting people to experience human vs. human competitive play. I don’t think you can truly replace having someone sitting next to you while you fight, but the means of experiencing competitive play is now much easier than it was. The community that builds up from this is essential to keep that spirit alive.

I think it’s also important for fighting games to prove themselves as ‘Entertainment’ not just as ‘Fighting Games’. BlazBlue does this well with its story mode for example – giving newcomers a different kind of experience outside competitive play. Also accessibility needs to be there – new players need to be introduced to the games systems without scaring them away, so better tutorials more beginner modes are important, and we’re seeing more fighting games do this now…

What was it like working with the Nintendo 3DS and bringing BlazBlue to that platform?

On the technical side – you’d be better asking Toshimichi Mori (the creator of BlazBlue) that question – taking a game from 360 and PS3 and putting it onto portable hardware always has challenges in terms of memory, for example, or reworking artwork. I think the 3DS definitely has that visual impact, when you see it for the first time you think – WOW! However, for me, this is just cosmetic – I don’t think it’s going to radically change the process of games creation.

What are your thoughts on the 3DS, NGP, and portable fighting games?

Portable fighting games are very important to us as it opens up a new audience to our games. We’ve found that people who play our fighting games on portable machines tend to be much younger and play on their own more – this is a great way for us to introduce our games to new players. On the DS and PSP this has been due to the relatively low price of the hardware – rather than by a PS3 and HDTV, which is expensive for younger players, a PSP or DS is a much easier way of playing. Now 3DS and NGP are obviously going to be more expensive – it will be interesting to see how this changes things… 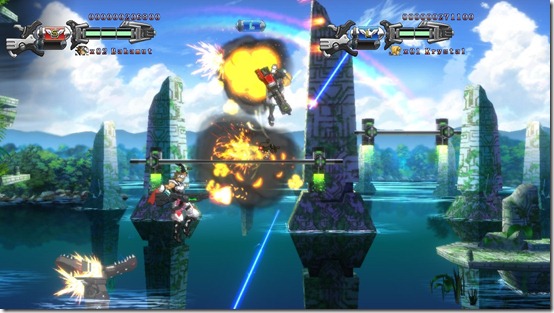 It’s definitely something we’re open to. The work Arc did on BlazBlue – delivering that standard of HD 2D art – got us a lot of attention which is very flattering. I think people are starting to recognize an Arc style.

You also published Arcana Heart 3 in Japan. AQ Interactive used to release the Arcana Heart games before. How did you strike a deal with Examu?

We’ve known Examu for a very long time. When you’re a hardcore 2D fighting game developer in Japan, it’s a small world! Examu deliver very high quality 2D fighters with unique gameplay systems – so it’s not hard to see how both Examu and Arc have a lot of mutual respect for each other! For Arcana Heart 3, Examu saw what we’d done with BlazBlue from arcade to PS3 and 360 and wanted to use some of our know-how – specifically, some of our rendering techniques and technologies as well as the BlazBlue netcode. This was something that AH3 didn’t have, and something that BlazBlue did very well – so the netcode itself, the matchmaking system, all of these are now in Arcana Heart 3. Actually, AH3 has a very much improved version of BB’s netcode.

It’s not just the tech-side either, its about developing the fighting game community as well, Arc System Works are committed to keeping that spirit alive, and to help bring great quality, unique fighting games to the community to help it grow to nurture it. This partnership helps us do that. 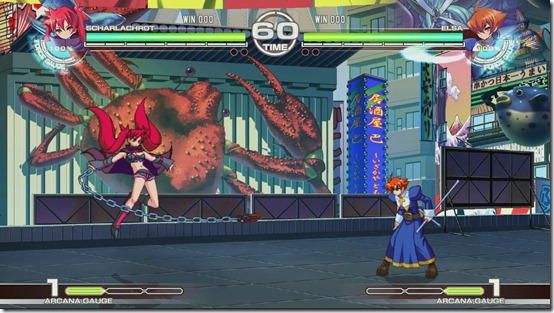 Arc System Works made a Guilty Gear melee game and a platformer spin-off for DSiWare. Are there any other genres you’re interested in trying with either BlazBlue or Guilty Gear?

We did Guilty Gear 2 which was more of an action strategy game – so it’s something we’re always thinking about. We’d love to look at new genres of course, whether or not they’ll use the BlazBlue or Guilty Gear universes I don’t know. However, we are looking to bring in new staff and train them and challenge them with bringing new kinds of experiences to Arc in the future.

Check back tomorrow where the topic changes to everything Guilty Gear!