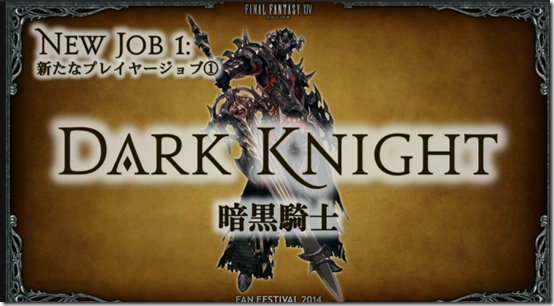 During the live event, Square Enix also shared more about mounts, which will include new flying mounts, like a black Chocobo that will be able to fly around. There are six flying mounts in development, and a seventh that will depend on the fans.

Airships will also be part of the expansion, including single rider airships, so you won’t have to worry about traveling as a group.

New beast tribes called the Vanu Vanu will debut in 3.0 along with Bismarck as the latest primal. Additionally, another set of beast tribes, called the Gnath, will also appear, and their primal will be an original one called Ravana, that is said to take the appearance of a bug with laser swords.

During the event, Yoshi-P once again teased the latest job with a Batman shirt he was wearing, and finally announced it as the Dark Knight: 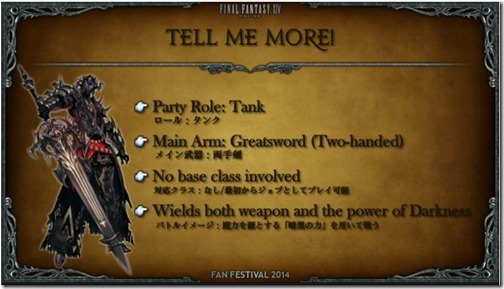 Surprisingly, the new job will be a tank, unlike its damage-dealer role it has had in past appearances in the Final Fantasy series. Its main weapon is a two-handed Greatsword, and unlike other jobs, it won’t require base classes and will let you play it right off the bat.

It is said that the Dark Knight will fight using both its powerful weapon, along with the power of Darkness.

Finally, Yoshida also teased a new gunner class, which will be announced during the Tokyo Fan Festival, which takes place next month.