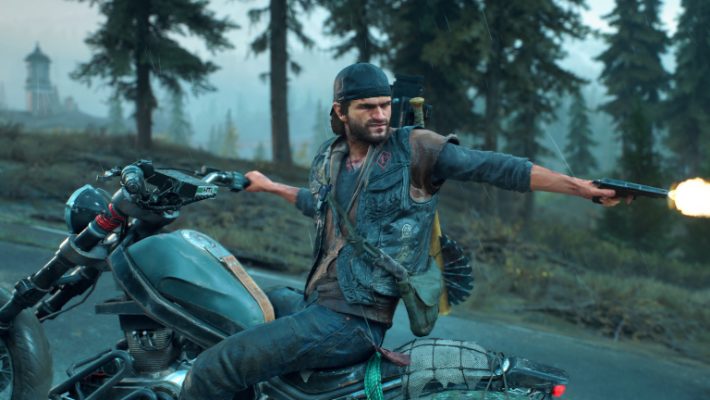 Video game films are starting to shed away their bad reputation in the wake of Uncharted movie’s success, as Sony PlayStation Productions has announced it has started development on an adaptation of Days Gone. Though Sam Witwer portrays protagonist Deacon St. John in the game, Sam Heughan of Outlander is said reportedly interested to starring. Sheldon Turner (X-Men: First Class, The Longest Yard) will write the script. [Thanks, Deadline]

It is unclear why Sam Witwer will not reprise his role as Deacon for the Days Gone movie. Aside from voice acting, he has several live-action credits. He portrayed Benjamin Lockwood or Agent Liberty on Supergirl, Aidan Waite on Being Human, and Davis Bloome on Smallville.

As for Heughan, his most famous role is James Fraser from Outlander. But he has also played Malcolm in the Royal Lyceum Theatre’s adaptation of Macbeth. Television roles include Scott Nielson on Doctors and Geoffrey Wellum on First Light.

Days Gone (Bend Studio) came out in 2019 and follows the story of former outlaw-turned-drifter Deacon St. John on a journey to find his wife Sarah. The setting is post-apocalyptic Oregon, in which humans live in camps and zombie-adjacent Freakers roam the Pacific Northwest. The game combines open-world exploration with an action-adventure RPG.

The Days Gone movie adaptation is in development. Days Gone is available on PS4 and Windows PC.