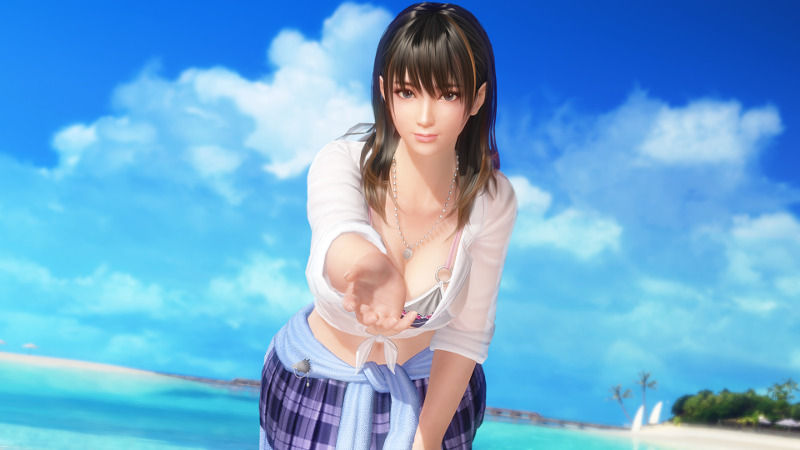 Koei Tecmo revealed Nanami as a brand-new heroine in Dead or Alive Xtreme: Venus Vacation in Japan. Her inclusion adds to the list of original characters made specifically for the PC game. [Thanks, Game Watch!]

Nanami is officially described as Misaki’s former classmate in junior high school. After getting scouted and invited to visit the Venus Islands, she will get to reunite with her old friend. Nanami will also show interest in you, the Owner of Venus Islands, at the first meeting. She is voiced in Japanese by Miyuri Shimabukuro.

While Nanami is now available in the Japanese version of Venus Vacation, it will take a long time until she joins the Asian client, which includes English language support. The most recent heroine added to the international Asian version is Sayuri. Despite being first introduced in Japan in December 2019, she was only added to the English version roster on February 24, 2021. None of the new characters introduced in Japan in 2020, like Patty, Tsukushi, and Loberia, have made their way to the Asian client as of yet.

Dead or Alive Xtreme: Venus Vacation is immediately available for PCs in Japan and Asia. In other recent news related to the franchise, Yohei Shimbori, who worked on the mainline Dead or Alive fighting games, revealed that he had left Koei Tecmo at the end of the 2020 fiscal year on March 31, 2021.