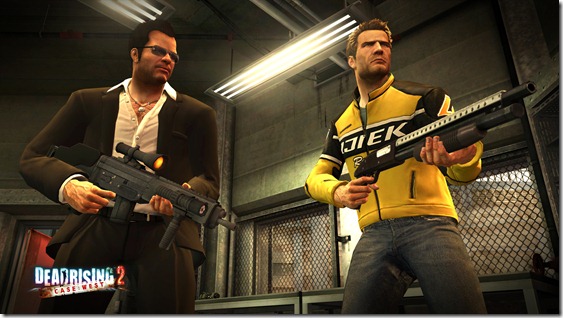 Following the events of Dead Rising 2, Chuck Greene infiltrates the Phenotrans Facility along with original Dead Rising protagonist, Frank West, to uncover its connection with the zombie outbreaks.

This downloadable episode is called Dead Rising 2: Case West. Exclusive to Xbox Live, Case West has been locked down for a December 27th release for 800 Microsoft Points ($10). It comes with new weapons, as well as the ability to take pictures once more, using Frank.