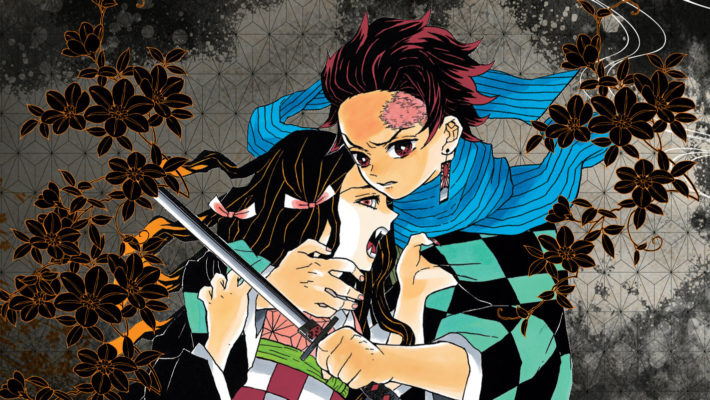 The Demon Slayer manga is complete. On May 17, 2020, the final chapter was released. Thanks to this being a simultaneous release series, people can immediately read the final chapter, 205, in English at the Viz website and in English and Spanish at Manga Plus . At both sites, people can read chapters 1-3 and 203-205 for free. A release date hasn’t been set for the English debut of the 23rd volume of the manga, as the the paperback releases outside Japan will only be up to volume 13 as of June 2020. [Thanks, Natalie!]

The Demon Slayer manga started its run in February 2016, and Viz announced it picked up the series at the 2017 Comic Con International. It began releasing it in English in 2018, though now people can read it digitally through both Viz and Shueisha. It follows Tanjiro and his sister, Nezuko, as they attempt to get revenge against a demon that killed their family and turned Nezuko into a demon. They end up joining with the Demon Slayer Corps and fighting alongside allies like Zenitsu and Inosuke.

While the Demon Slayer manga is now over, there are still other forms of media on the way. A movie will come to Japan and has a tentative October 16, 2020 release date. Demon Slayer Tamagotchis will appear in October 2020 too. There will be a PlayStation 4 game in 2021, and an Android and Apple iOS game is in development.