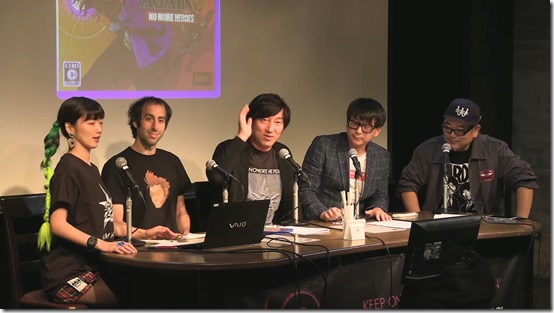 Earlier today, during a Travis Monday Nightro presentation, Goichi “Suda 51” Suda and Hidetaka “Swery65” Suehiro announced they would be teaming up for a game called Hotel Barcelona. During the stream, the duo said that they had talked to Devolver Digital about acting as a publisher. Except now, Devolver Digital has come forward to suggest this was news to the company on Twitter.

Devolver Digital’s Twitter statement asked for a pitch for “this mysterious game we’re supposedly publishing.” However, it did end optimistically, asking Suda 51 and Swery65 for a meeting.

During the presentation, the duo had suggested that talks had already been happening with Devolver Digital about Hotel Barcelona. Most notably, they said they had a 100 million yen (~$1 million) “capacity” for the game.

Hotel Barcelona is in early development. In addition to Suda 51 and Swery65, Siren creator Keiichiro Toyama said via text message during the October 23, 2019 presentation that he would be interested in being involved.