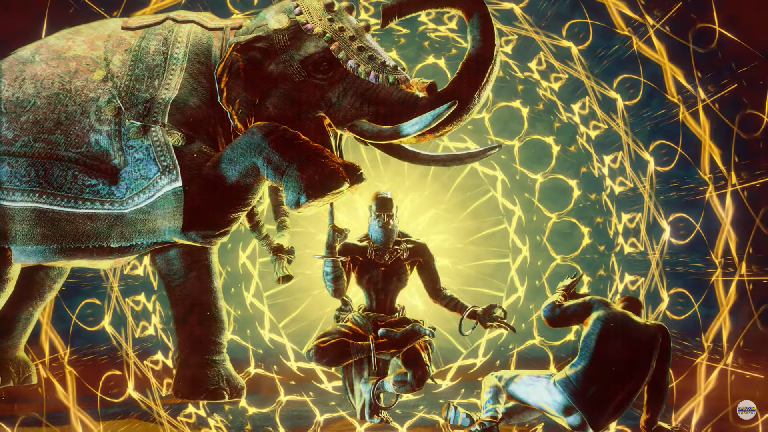 During the Capcom Online Program at TGS 2022, Capcom showed off a new trailer confirming the inclusions of Dhalsim, Blanka, E. Honda, and Ken for Street Fighter 6. The video also details the three main modes of the game: World Tour, Fighting Ground, and Battle Hub. World Tour will be a story mode, whereas Fighting Ground and Battle Hub are more PvP oriented.

The World Tour mode is Street Fighter 6’s story mode, but it follows the story of your player-created avatar. You can customize your look, as well as battle NPCs to learn new skills. For example, you can learn Chun-Li’s Spinning Bird Kick from her. You can challenge random World Tour opponents and instantly enter a battle screen.

Meanwhile, the Battle Hub is an online lobby area. There will also be online tournaments to participate in from here. Members of the Battle Hub can watch matches, and for those feeling nostalgic, there is a Game Center to play retro games such as Street Fighter II and Final Fight.

The third mode, Fighting Ground, has Extreme Battles. These will allow you to add in Gimmicks and Rules. Rules will change up victory conditions, while Gimmicks add in random occurrences to change up a match. An example of a Gimmick is a bull that will occasionally run in, forcing players to avoid it.

Finally, the trailer introduces Ken, Blanka, Dhalsim, and E. Honda, who will return in Street Fighter 6. In the trailer, we can see that all four of them have kept their trademark moves and signature skill sets, but with some new additions to their repertoire. Blanka will be able to use Blanka-chan Bombs, whereas E. Honda has a new Sumo Dash.

Street Fighter 6 is in development for the PS4, PS5, Xbox Series X, and Windows PC. It will come out in 2023. A closed beta has opened up applications.