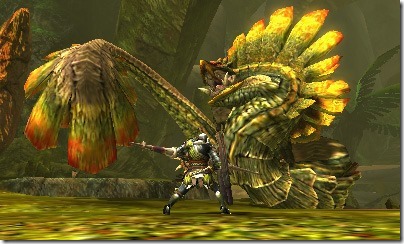 Two of Capcom’s big games for the new ongoing fiscal year are Monster Hunter 4 and Lost Planet 3. In a financial report, Capcom say that they will heavily promote both titles in the domestic and overseas markets respectively.

With regard to their strategy for the entire year and the upcoming new generation of game consoles, Capcom say they’re making an effort to lower development costs and shorten development times. In order to do this, they will restructure their development organization, increasing the ratio of projects works on internally while overhauling development at overseas studios.

Capcom point to DmC Devil May Cry as a title that posted “solid sales” overseas—despite the fact that DmC didn’t meet initial expectations—and also point to Dragon’s Dogma as a game that has done well, particularly in Japan. DmC sales are at 1.1 million while Dragon’s Dogma is at 1.3 million.

Outside of traditional games, Capcom will also continue to focus on the development of online games, as they attempt to expand into new territories such as Asia. Additionally, they also have plans to expand their pachinko business in Japan.

Additionally, Capcom will also be taking streamlining measures to strengthen their management system. These measures, they hope,will include improvements in transparency, efficiency, cost reductions and financial structure, and will enable the company to remain flexible in a changing environment.