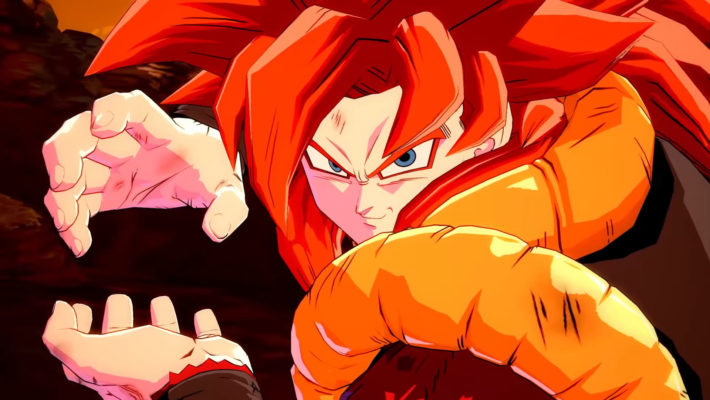 A launch trailer revealed the official release date for the Dragon Ball FighterZ Gogeta (SS4) DLC, which will be March 12, 2021. The trailer debuted during the closing ceremonies of the recent Dragon Ball FighterZ Battle Hour. Super Saiyan 4 Gogeta is the final character joining the game’s roster through FighterZ Pass 3. Season Pass owners will receive the character on March 10, 2021.

Thanks to the SS4 Gogeta showcase from the Battle Hour, we know what to expect when the character debuts. This version of Gogeta is a close-range fighter who doesn’t use any long-range Ki attacks. Players will be able to use a skill called Finish Sign that powers up subsequent special attacks. When a counter associated with the Finish Sign ability reaches maximum charge, Gogeta gains access to the 100 x Big Bang Kamehameha attack. Unlike other characters in the roster, Gogeta can air-dash twice in a single jump.

Dragon Ball FighterZ is available on the Xbox One, PlayStation 4, Nintendo Switch, and PC.