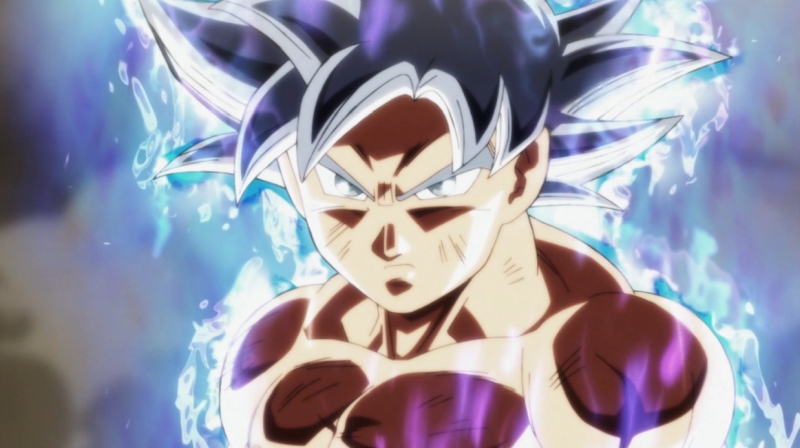 Check out a photo of the Dragon Ball Super box set.

Dragon Ball Super is a sequel series to Dragon Ball Z, which finished airing in 2009. Several years have passed since the defeat of Majin Buu and life is peaceful once again. However, new threats loom from across the multiverse, ranging from the advent of Beerus, God of Destruction to the resurrection of Frieza. Dragon Ball Super concluded in 2018, and saw feature-film expansions in the form of Dragon Ball Super: Broly and the upcoming Dragon Ball Super: Super Hero.

The set collects all 131 episodes of the Dragon Ball Super anime series onto twenty Blu-ray discs, divided into ten volumes. Each volume is two discs long and contained in a steel book case. The cases are decorated with illustrations of characters like Goku, Frieza, Beerus, Vegeta, Trunks, Whis, Gohan, and Android 17. The box itself is rigid-walled, with a unique design. The episodes are encoded in 1080p HD native resolution, with the English dub audio in 5.1 Dolby TrueHD and Japanese audio in Dolby TrueHD stereo.

The discs also contain various special features in both English and Japanese. The features include textless opening and closing sequences, interviews with the series’ English voice cast, and more.

Here’s a list of the special features included in the Dragon Ball Super Blu-ray set.