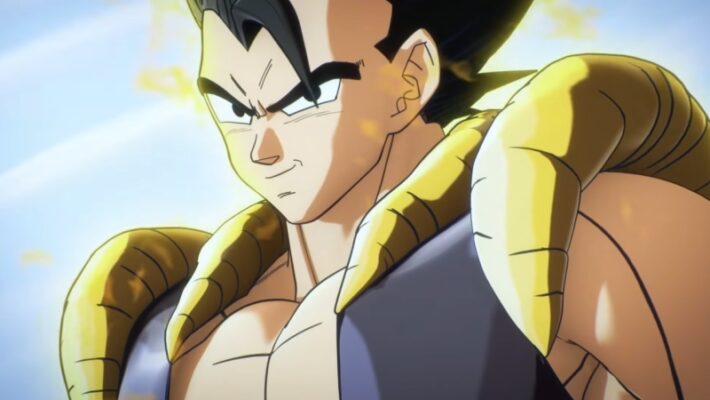 Ready the fusion dance, because Dragon Ball Xenoverse 2 is once again expanding its roster with a new playable DLC character. Previously announced in August, Bandai Namco has previewed gameplay of Gogeta (DB Super) in a new trailer uploaded to the Bandai Namco Entertainment Youtube channel.

The trailer features the demon Fu, who addresses the viewer as a witness to his latest experiment. He pauses briefly to let Trunks in on the show, which involves slashing open a rift in the dimensional barrier, which then shows Goku and Vegeta successfully performing the Fusion Dance to combine into Gogeta. Gogeta as seen in Dragon Ball Super is actually the second version of the character to be added to Dragon Ball Xenoverse 2. The first version was the Super Saiyan Blue (a.k.a. “SSGS”) version of the character. Gogeta (DB Super), as he’s known in-game, will have a different appearance and move set.

The actual concept of a fused Goku and Vegeta dates back to the original Dragon Ball Z, when Goku and Vegeta fused to form Vegito, a character previously added to Xenoverse 2. Meanwhile, Gogeta formed via the Fusion Dance in Dragon Ball GT, when the pair fuse to gain the power to defeat Omega Shenron. However, Dragon Ball GT was largely redacted from the official continuity, making the Dragon Ball Super edition of Gogeta the “canon” version. The two versions are usually distinguished by calling the GT version of Gogeta “Super Saiyan 4.” Both versions are present in Xenoverse 2, as well.

The Dragon Ball Xenoverse 2 Gogeta Legendary DLC Pack 2 will be available on PS4, Xbox One, PC, Google Stadia, and Nintendo Switch in the Fall of 2021. It will contain Gogeta (DB Super) and Jiren (Full Power). Super Saiyan Blue Gogeta, Super Saiyan 4 Gogeta, and Vegito are currently available for purchase.