A Dragon Quest Builders 2 PC port has been confirmed! Square Enix has revealed the latest entry in the spin-off series will arrive on Steam on December 10, 2019. It will cost $59.99 and have English, French, German, Italian, Japanese, Korean, Spanish, and Traditional Chinese language options. The Aquarium Pack, Hotto Stuff Pack, and Modernist Pack add-ons will all be included.

Some Dragon Quest Builders 2 PC preorder bonuses have been announced, and some should look rather familiar. The Legendary Line Art Recipe and Lo-Res Luminary Recipes present in the console versions are there. People will also get recipes for the Chimaera Wing decoration, Dragon Quest logo, a Medicinal Herb decoration, and five Sigil Blocks with heart, moon, star, sun, and water drop icons on them. 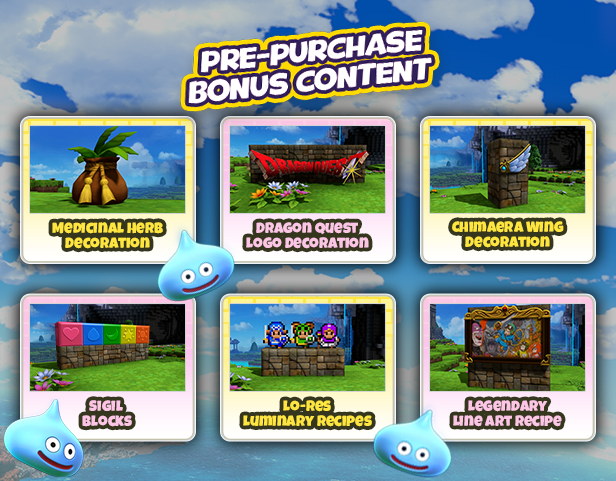 Dragon Quest Builders 2 follows the Builder, a person with the uncanny ability to actually build in the world around them and had been taken by the Children of Hargon for this ability. After an accident caused them to fall off of their captors’ boat, they wash ashore on the Isle of Awakening. They then join forces with Malroth and visit islands to help restore areas devastated by Hargon’s minions and gather allies. People can also take part in online play that has other people visiting islands and building together.

Dragon Quest Builders 2 is immediately available for the Nintendo Switch and PlayStation 4, complete with a free jumbo demo that covers the introduction and first island. It will come to PCs on December 10, 2019.