Dragon Quest: The Adventure of Dai is getting lots of love in Japan, as there’s the new anime and new video games on the way. Naturally, this means new merchandise. Good Smile Company is working on a Dragon Quest Dai figma, and the Kahotan Twitter account shared a look at the prototype and its potential accessories.

Dai is wearing his full suit of armor in the figma, with articulation points at his wrists, elbows, shoulders, neck, waist, hips, knees, and ankles visible in the prototype. He also has a scabbard on his back with his sword in it. In addition to the figure, mock-ups of Dai’s Sword and his friend, Gome-chain appeared. 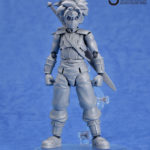 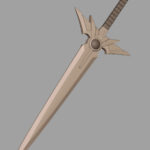 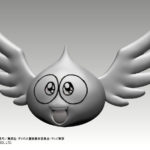 While Dragon Quest: The Adventures of Dai originally wasn’t released outside of Japan, Dai’s presence has been growing worldwide. The character is a part of the base Jump Force roster. More recently, Toei Animation announced the anime would be available to stream via services like Crunchyroll and Hulu worldwide.

Dragon Quest: The Adventures of Dai will be available to watch on services like Anime Digital Network, Crunchyroll, and Hulu starting this weekend. The Dragon Quest Dai figma is currently in development, though Good Smile Company hasn’t offered any sort of release window for it yet.