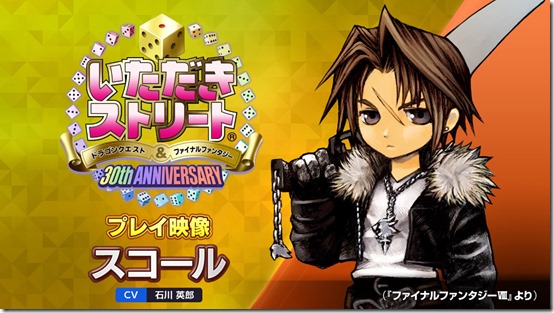 In the video, Squall is shown saying “I don’t fear expensive shops. You just simply have to not stop at one.” He then gets caught on one having to pay 1,750G to Lightning, to which he says “I’m going to destroy this expensive shop.”

Check out our previous report for a look at the previous two character introduction trailers featuring Anlucia and Nerugeru, along with trailers with Final Fantasy and Dragon Quest themes.