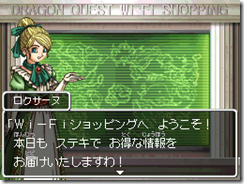 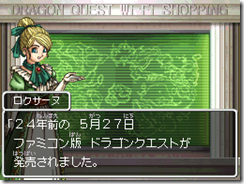 The Wi-Fi shopping store in Dragon Quest IX: Sentinels of the Starry Skies has a special message for Dragon Quest fans. Roxanne says, “Twenty four years ago on May 27, the Famicom version of Dragon Quest was released.”

That’s right, Dragon Quest is 24 today which means its one year away from car insurance discounts. Nintendo will have to edit the greeting to say 25 because we won’t see this message until a year later. On the other hand, Nintendo could alter the message and synch up with Dragon Warrior’s North American release date. After all, Nintendo brought Dragon Quest to the States many moons ago.