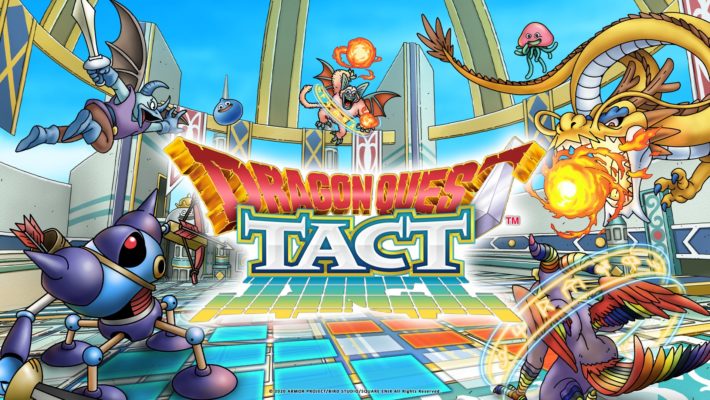 The Dragon Quest Tact beta makes it seem like everything you’d expect from a turn-based tactical game. It functions the same way that other Dragon Quest titles have, with similar mechanics those familiar with the franchise will know. However, due to how standard it is in comparison to other mobile RPGs, anyone that hasn’t touched the franchise won’t feel at a loss when playing Dragon Quest Tact.

Which, unfortunately, speaks mostly for the quality of Dragon Quest Tact itself. From what I saw in the beta, it doesn’t do anything new or groundbreaking. It doesn’t attempt to shake things up and add a unique spin on already tried and true gameplay elements found in other turn-based tactical RPGs in the same vein.

Players pick out a team of monsters, which they deploy in selected missions. Combat involves users tapping and moving monsters around on a grid to attack, cast magic, or open chests. It isn’t riveting gameplay, but it gets the job done. Everything is controlled via a top-down perspective. When monsters use their signature moves, you get greeted with the familiar Dragon Quest noise alerts and animations any fan will quickly recognize.

There is a level of tedium in Dragon Quest Tact that wore on me quickly, mostly because of this and the lack of anything to keep me invested in this beta version of the game. Allies and enemies have standard elemental-based weaknesses and strengths, your team can equip items to increase stats, there are standard “awakenings,” units level up, there is an arena, and people have enhancement options. Enhancement quests are available to undertake to do things like awaken characters and gather shards to transmute new passives onto your weapons. At the very least, the auto-battle option in Tact is competent, so you can let the game handle these quests in the background while you work or put your attention elsewhere. 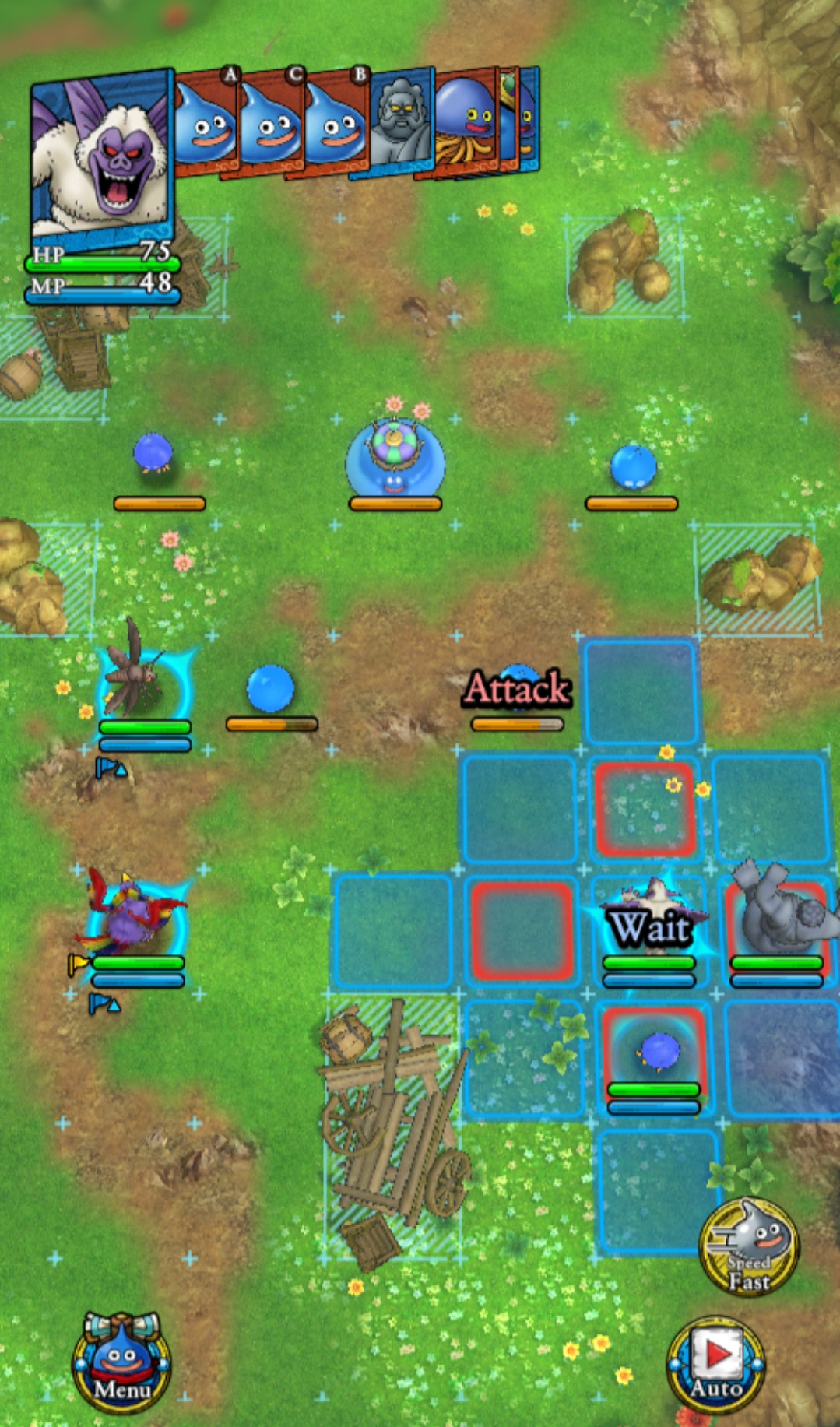 It’s all mostly the same, which doesn’t mean that Dragon Quest Tact can’t or won’t innovate. If you’re comfortable with this kind of gameplay loop or are looking for something to casually pass the time, this could end up being what you’re looking for—especially if you’re a fan of the series. Especially since you really can’t play the game for long periods of time due to the stamina system.

Dragon Quest Tact‘s beta is stingy. Stamina depletes quickly, and each mission costs around three stamina on average. I was burning through the amount allotted to me during the first few levels to grind through the story to access basic functions. It wasn’t until around the third chapter of the story that I leveled up and got a stamina restore along with some residual energy. In comparison to other mobile games I’ve played, it just depletes way too quickly, especially considering how much you actually need to spend to unlock basic functions like gaining weapons or access other systems.

However, if Dragon Quest Tact has one thing going for it so far, it has to be the localization. The consistency between the localization of this title and the console entries is great. All of the monsters have their defined speech quirks present when you meet them or interact with them through the story—this is especially true for the slimes. Even if the writing isn’t incredibly engaging, it still has that level of charm and quirkiness you’d expect from Dragon Quest.

The user interface is clunky and, much like other aspects of this Dragon Quest Tact beta, unintuitive. To redeem rewards from Missions, for example, you need to claim them and then go to a secondary Present menu to actually collect them. The Party Member window leads to ten other windows that serve ten different functions with highly stylized icons. 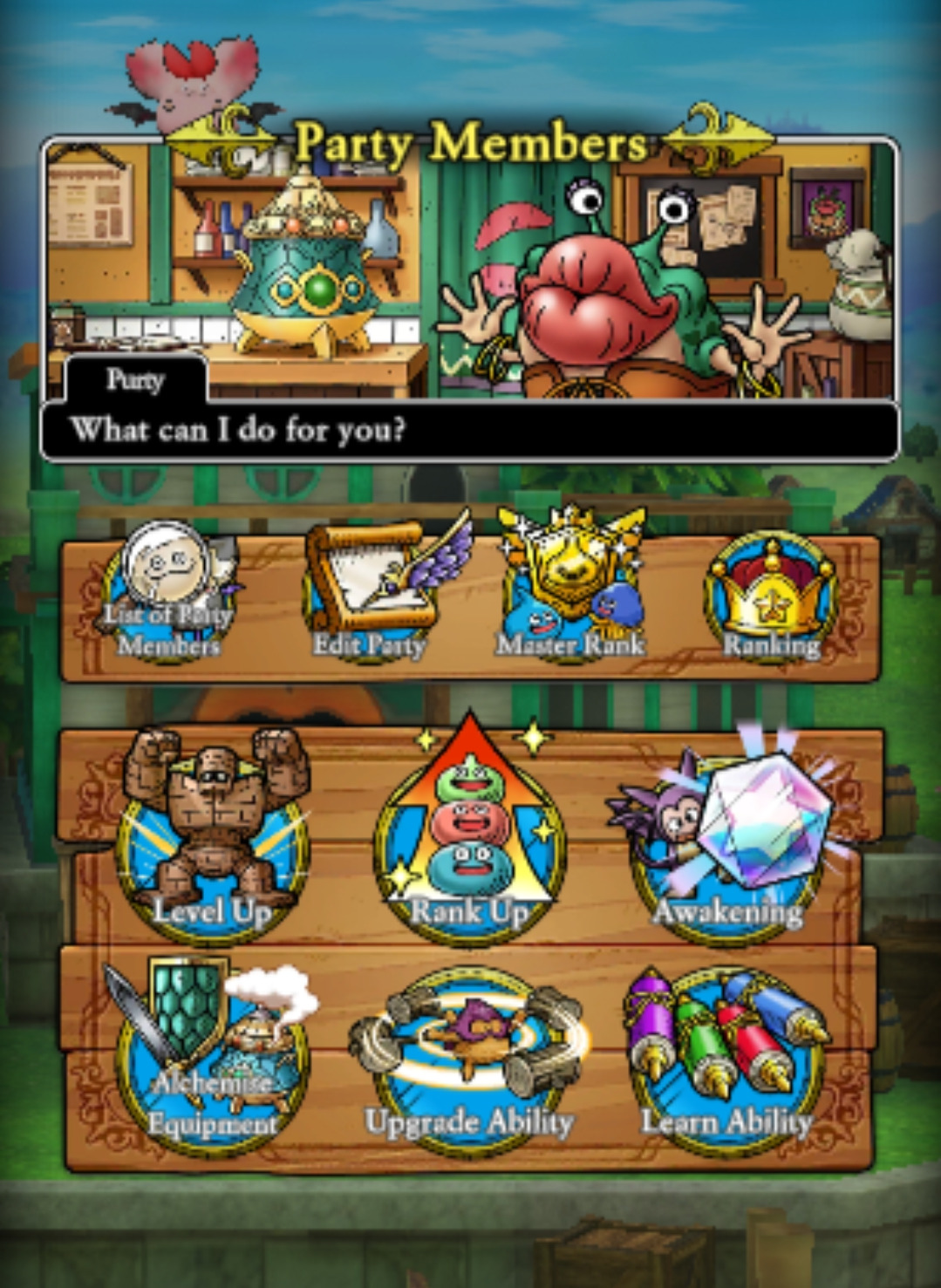 This isn’t necessarily a bad thing, but it can easily lead to screen clutter. And if you’re playing on a lower-end phone and want to play the game with low graphics, it can be extremely difficult to navigate. Playing the game on its lowest graphic setting leaves everything blurry and with copious amounts of jagged pixels in the beta, which is fine if this wouldn’t affect pre-rendered unmoving JPEGs.

Dragon Quest Tact is, at the moment, mostly just OK. It doesn’t stand out and it isn’t anything that I would quickly recommend to anyone, as there are better alternatives to what it tries to do. This game feels like it will mostly attract and appeal to one specific user base, and that’s Dragon Quest fans.

Pre-registration for Dragon Quest Tact in North America and Europe is currently available on Android and iOS. The global version will launch in early 2021.