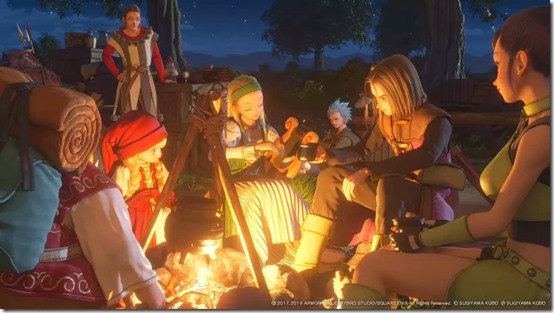 Dragon Quest XI has always been a game that made sure every character mattered. People in your party were constantly making sacrifices for the greater good. Its NPCs really stood out. While the Luminary is the most important person, all of the people journeying alongside him are just as well developed and lovable. With Dragon Quest XI S: Definitive Edition, everything is kicked up a notch. It feels like Square Enix looked at the original game and thought, “I can do better.” And do better the company did, as the minor additions and major changes like ability to pair up to create your “one true pairing.”

Editor’s Note: The identity of the seventh party member will be mentioned in this article.

The smallest change is one that is great at creating a sense of ambiance. When you roam around the world in Dragon Quest XI S, the people who are with you are… well… with you. Every party member follows along behind you. You know your allies are there. After all, they show up in battles and you’ll see them in the menu. But having them actually following behind the Luminary is a small thing, but one that really helps you better understand that people are always by your side. You aren’t alone. Erik, Hendrick, Jade, Rab, Serena, Sylvando, and Veronica are supporting you. It’s comforting to see them beside you in 2D or 3D. 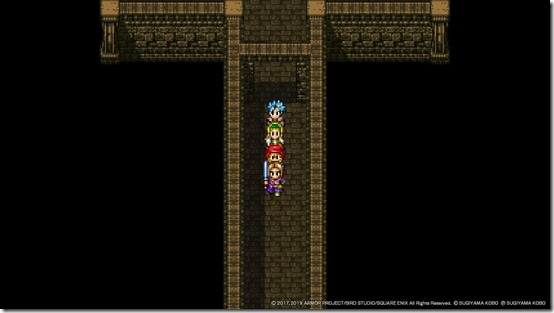 The additional scenarios are even more important. Erik, Hendrick, Jade, Rab, and Sylvando each get their own story. They are the star of their segment. All of these come at the perfect time, when each one already has been established and hopefully found a place in your heart. In the second act, where there is a natural point for certain people to have their moment, people will get to follow Erik, Jade, Rab, and Sylvando on their separate adventures. (Hendrick’s shows up in the third act of the game.) If you played Dragon Quest XI before, it is enlightening and provides a window into things that you had an idea went on, but might not have known firsthand. For those who haven’t, they naturally fit into place. The best way to describe them is as being akin to Final Fantasy XV’s Gladio, Ignis, and Prompto expansions.

Also, each of these scenarios gets to be pretty heartbreaking. I adore Erik and admire his devotion to the Luminary. His scenario features an escape from captivity in a way that mirrors the one we went through when we first met him. Except, things start getting weird and harrowing. Rab’s starts out with fanservice. An Ogler’s Digest woman appears before him. But, things drastically change. We get a glimpse into, well, what could only be considered an alternate sort of life for him. Knowing the story of Dragon Quest XI and what he went through makes his especially heart wrenching. 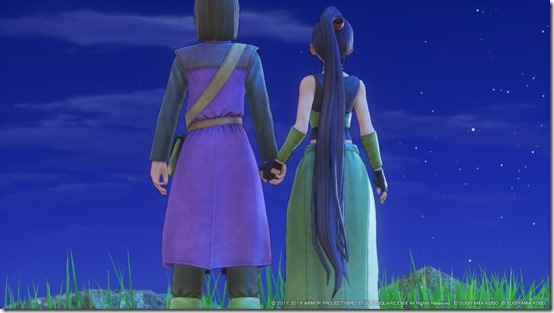 Finally, there is the marriage option. In the original Dragon Quest XI, people could eventually marry Gemma as part of the end-game activities. In Dragon Quest XI S, you can head to Serenica’s Chamber in the Drustan Labyrinth Vault and talk to Drustan to wish that someone would be by your side forever. While Gemma is still there as an option, she is joined by Erik, Hendrik, Jade, Rab, Serena, Sylvando, and Veronica. Depending on your choice, you’ll have varying degrees of romance with them, kicking off as you meet atop the famous Cobblestone Tor. Some involve a non-romantic bond, like Rab’s. (Which is the best outcome for him.) The male relationships can come across more as partnerships, but two of the women’s do have romantic overtones. (Also, you can change your partner if you go through Drustan’s trial and get another wish again.)

As people go through Dragon Quest XI S, they may find themselves loving certain party members. This definitive edition of the game only encourages that affair. Seeing people always by your side is both pleasant and reassuring. Getting to go through the extended storylines for some of them offers new insight into their experiences and an opportunity to connect with them even more. Then, when you reach the very end, you might get to stay with your favorite person forever and ever. It’s all about taking those people and pairings you love and getting to have more time with them.