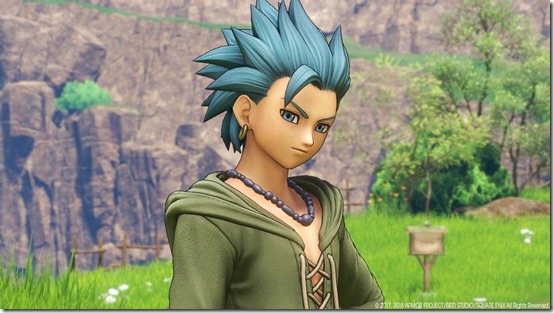 Dragon Quest XI’s Erik is pretty popular with fans and he even starred in his own manga by Fairy Tail creator Hiro Mashima. It appears that he’s getting more with a special announcement coming August 3, 2019. [Thanks, Ryokutya2089.]

The announcement will be made during the Dragon Quest Summer Festival 2019 that is set for August 3, 2019. While we weren’t given any other clues as to what it could be, there’s a good chance that it could be the new Dragon Quest Monsters game that was announced back in November featuring a young Erik and his sister Mia as kids.

It could also have something to do with the upcoming voice drama that features Erik, Mia, and others for Dragon Quest XI S this September.

In any case, we’ll be keeping a close eye on the calendar as we approach August.