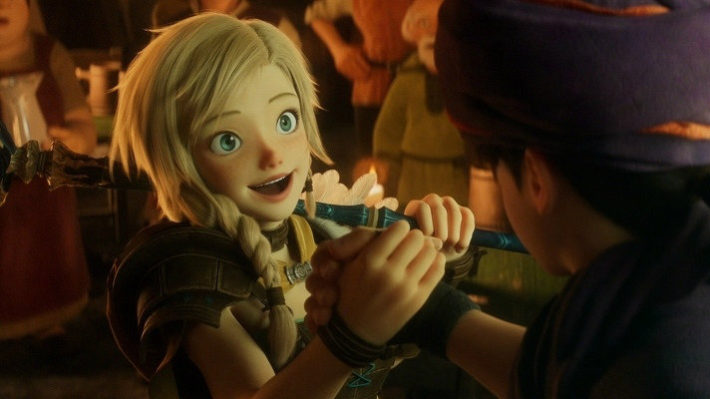 The 2019 animated adaptation of Dragon Quest V: Hand of the Heavenly Bride could be available in more regions. A Dragon Quest: Your Story Netflix listing has appeared. While it doesn’t have a release date, it will allow someone to remind them when it is available. [Thanks, JRPictures!]

In the event the Dragon Quest: Your Story Netflix listing is pulled, here’s a copy of it. Its description notes, “Luca follows in his father’s footsteps to rescue his mother from evil Ladja. Finding the heavenly hero who wields the Zenithian sword is his only hope.” 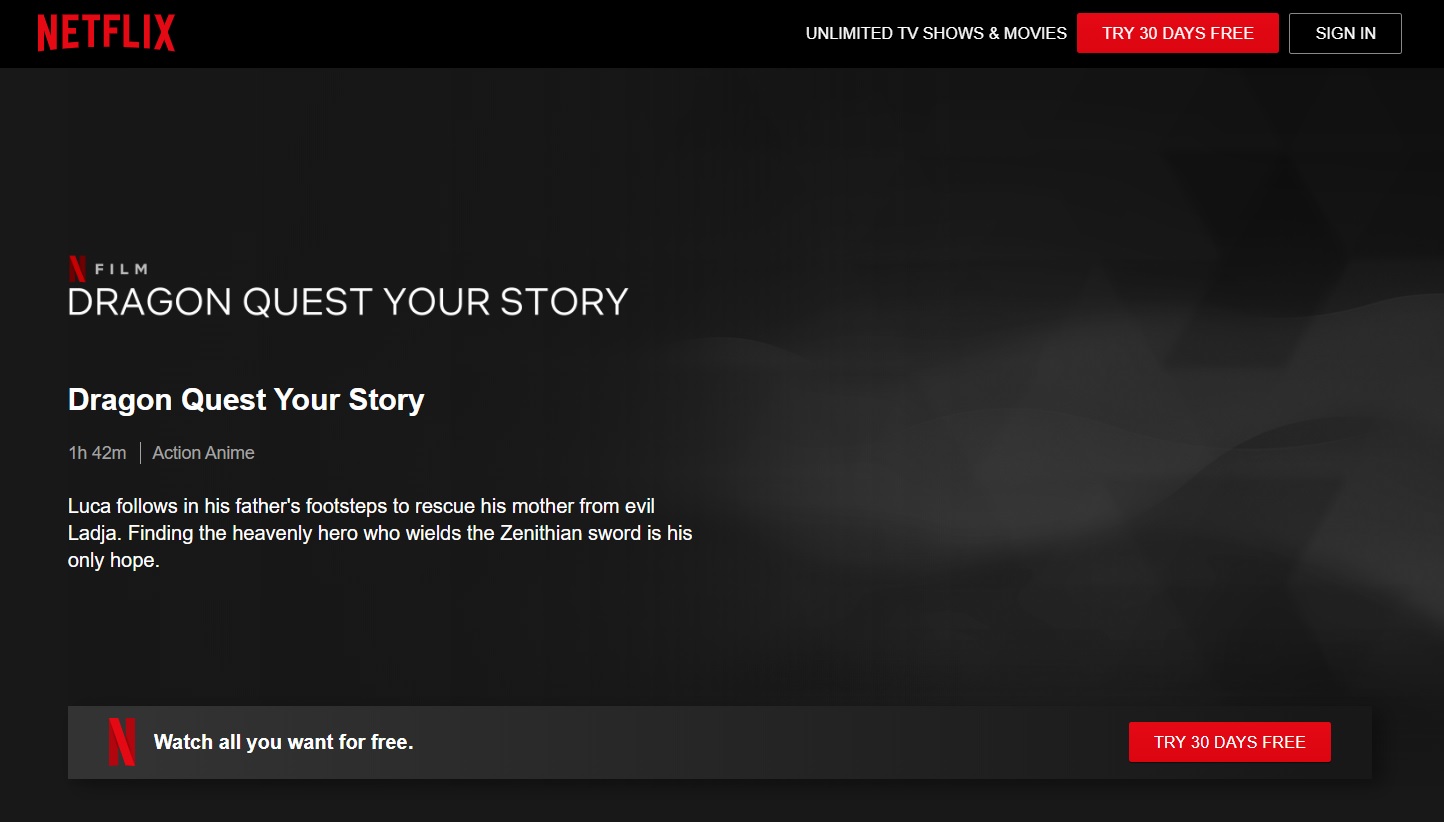 Dragon Quest: Your Story is a loose adaptation of Dragon Quest V that uses 3D animation, a new art style, and different kind of take on the story. Both Bianca and Nera appear, though Nera is known as Flora here. It ended up becoming a bit notorious in Japan, as people weren’t exactly pleased with the course of events in the film.

Here’s a trailer, to give you a better idea of what Dragon Quest: Your Story is like.

Dragon Quest: Your Story made its Japanese theatrical debut on August 2, 2019. Dragon Quest V: Hand of the Heavenly Bride is immediately available worldwide on the Nintendo DS and mobile devices. In Japan, the game is also available on the Super Famicom and the PlayStation 2.