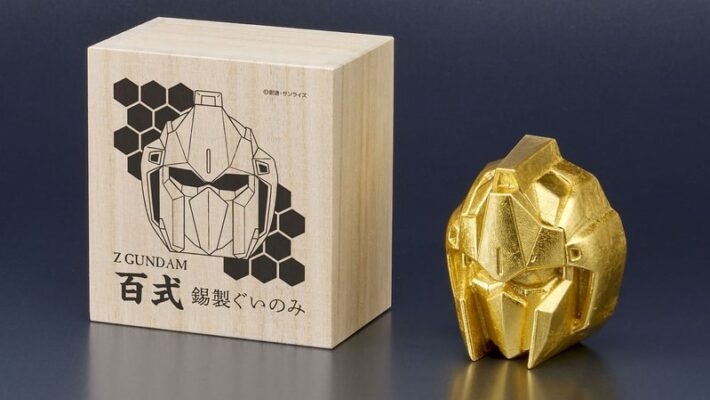 Bandai Spirits opened pre-orders for a new Z Gundam tinware sake cup, covered in real gold leaf. Each cup will cost ¥16,280, or approximately $148 and are scheduled to ship in December 2021. These cups will be sold through Premium Bandai and the Gundam Cafe store, with each coming in a decorated wooden box. Currently, the cups are only available to ship within Japan. [Thanks, Game Watch!]

A brief video was recently released, highlighting the creation process:

A collaboration between 400-year-old Takaoka Casting and the Z Gundam anime series, each lightweight sake cup is made by hand, covered in world-famous Kanazawa Gold Leaf, and looks like a Gundam head. These vessels are the sixteenth item in the Discovery-G lineup of goods, each designed to blend aspects of the Gundam franchise with traditional Japanese culture. Past releases have included dishes, chopsticks, and tumblers.

Here are some more close-up images of the Z Gundam cup: 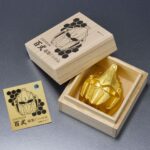 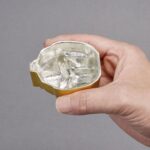 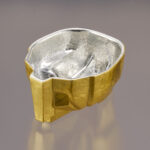 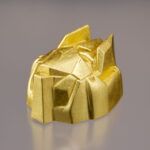 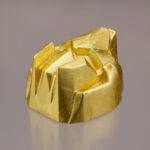 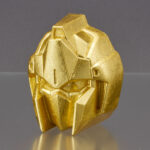 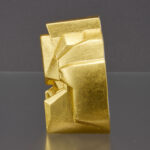 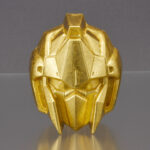 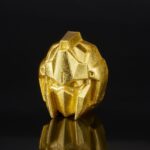 Z Gundam aired between 1985 and 1986 and was praised for its darker themes and characters. A film trilogy compiling the series, Mobile Suit Zeta Gundam: A New Transition, was released between 2005 and 2006, directed by original series creator and director Yoshiyuki Tomino. The Gundam franchise is celebrating 35 years throughout 2021.

The Z Gundam Sake Cups are now available for pre-order from Premium Bandai and the Gundam Cafe Online Shop in Japan and will ship in December 2021.