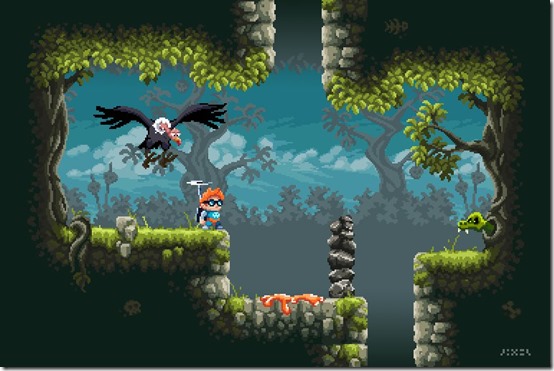 EastAsiaSoft took to Twitter on August 23, 2018 to both call for pitches for physical copies of PlayStation Vita games, as well as discuss some projects it is and is not considering. It all started with a request yesterday, where the company asked developers of upcoming PlayStation Vita games to send a pitch email to them if they had a game for the handheld they would like to see get a physical release in 2019. It also noted afterward that PlayStation 4 and Nintendo Switch creators should feel free to email as well.

After making the announcement, EastAsiaSoft talked about some PlayStation Vita games that may get a physical release. In particular, it noted in a tweet that it is looking at the indie games Bobby Bombastic and Plutronium Pirates. Pixel.lu gave Bobby Bombastic a Q4 2018 PlayStation Vita and Nintendo Switch launch window on August 13, 2018 and noted back on August 15, 2018 that the Vita can and will run Plutronium Pirates, which is heading to the PC on October 5, 2018.

In addition, EastAsiaSoft commented on the odds of it working on Omega Labyrinth Z, the PlayStation Vita game whose western release was canceled by PQube in June 2018. The official response regarding the game was, “We never looked into it and most likely would not publish it if offered.” The tweet also noted that the game was, “Too sensitive.”

One of EastAsiaSoft’s most recent projects is the physical release of Shikhondo – Soul Eater for the PlayStation 4 and Nintendo Switch.