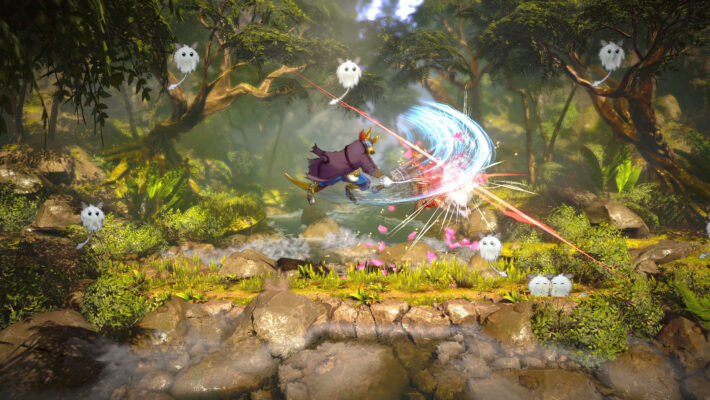 At Microsoft’s Xbox TGS 2021 presentation, Rabbit & Bear Studio showed up with Eiyuden Chronicle Rising. As a reminder, this isn’t the full Eiyuden Chronicle: Hundred Heroes, but instead a spin-off prequel. Also unlike the main game, it is an action-RPG.

Here’s the Eiyuden Chronicle Rising TGS 2021 footage. At the 47:40 mark, they get into actual gameplay footage. This segment focuses on Garoo, who wields a huge sword with one hand. The character deals with some smaller enemies in the footage. And while they start at level one, we get to see how they level up by fighting.

As a reminder, not all Eiyuden Chronicles characters will appear in this spin-off. Only some of the people will appear here. While it does seem to focus on fighting, there will apparently be town-building as well. Also, the Steam product page teased that people who play it, then the full game, will end up unlocking something if they link the two titles.