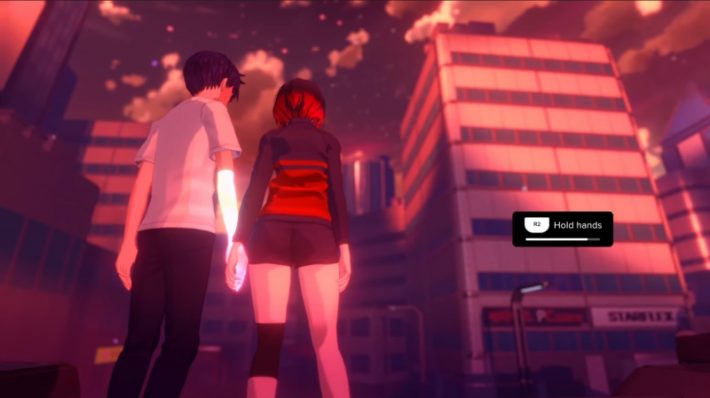 The Eternights trailer opens with a 2D-animated scene of a teen losing his arm. He quickly restores the severed limb, using the now-glowing arm to wield a sword and take on otherworldly monsters. Other characters use powers to engage in combat, as well. Glimpses of 2D event art, as well as 3D in-engine cutscenes are shown.

The official website lays out the premise of Eternights, saying it will “blend a love story with adrenaline driven combat as you make the most out of life during the apocalypse.”

Players will face the monsters (called Infected), and manage their time and activities on a daily schedule. They’ll also build relationships with five “quirky and loveable characters,” but will need to balance that out with doing tasks to ensure their survival. They’ll also plumb dungeons alongside their confidants in a dangerous area known as The Wall. The game will have 2D animated cutscenes that change based on a player’s choices about with whom to spend time.

A developer at Studio Sai stated in a Tweet that Eternights was inspired by the Persona series.

I played #Persona5 in 2019 which convinced me to play P4G and P3FES as well.
After that, I quit my job and started developing a game inspired by them!

Eternights is in development. It will arrive on PlayStation 4, PlayStation 5, and PC in early 2023.