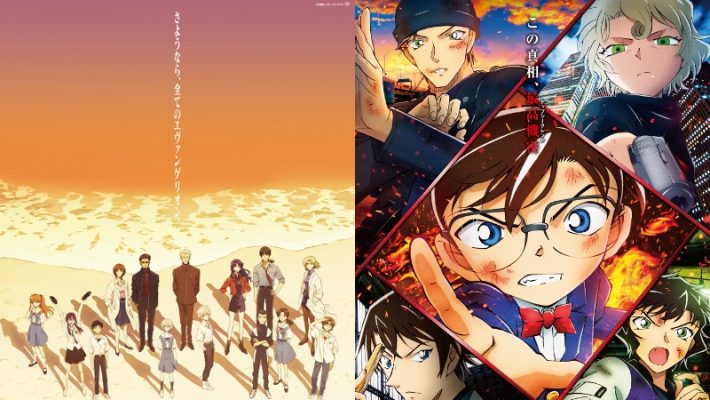 Toho has published its financial report for the first quarter of its 2021 fiscal year, which runs through February 2022. It revealed that the company’s earnings increased by over 3000% compared to the same quarter in the previous fiscal year. This success is mostly due to the earnings of both Evangelion 3.0+1.0 and Detective Conan: The Scarlet Bullet. [Thanks, Game Watch!]

Toho’s movie sales in the first quarter of the previous fiscal year were only 86 million yen. In the latest period, it increased that number to 2,702 million yen. That marks a massive increase ratio of 3032.5%. While Toho’s box office earnings went into a huge negative of 1,722 million yen in the previous period, it also managed to turn that into positive with 295 million yen recorded.

The report recorded the box office earnings as of June 30, 2021. Evangelion 3.0+1.0 and Detective Conan: The Scarlet Bullet grossed 9.63 billion yen and 7.19 billion yen, respectively. In Khara’s latest weekly report, the Evangelion movie had grossed almost 10 billion yen as of July 11, 2021. It has just broken through that number after earnings from July 12, 2021 were added to the tally.

Evangelion 3.0+1.0: Thrice Upon a Time will be available worldwide outside Japan on Amazon Prime Video on August 13, 2021. Detective Conan: The Scarlet Bullet launched simultaneously in theaters across Asia and Europe on April 16, 2021.