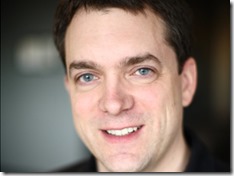 Jason Holtman, a Valve veteran that helped shape the company’s Steam service for a number of years, has joined Microsoft, reports GamesIndustry.biz.

Holtman, who left Valve in February under unspecified circumstances, confirmed the move, adding that his new focus at Microsoft will be on Windows as a games platform.

“Yes, I have joined Microsoft where I will be focusing on making Windows a great platform for gaming and interactive entertainment,” Holtman stated. “I think there is a lot of opportunity for Microsoft to deliver the games and entertainment customers want and to work with developers to make that happen, so I’m excited to be here.”

During his tenure at Valve, Holtman was the primary point of contact for numerous developers that released their games on the Steam service. His joining Microsoft presumably indicates that the company is still interested in pushing PC gaming.