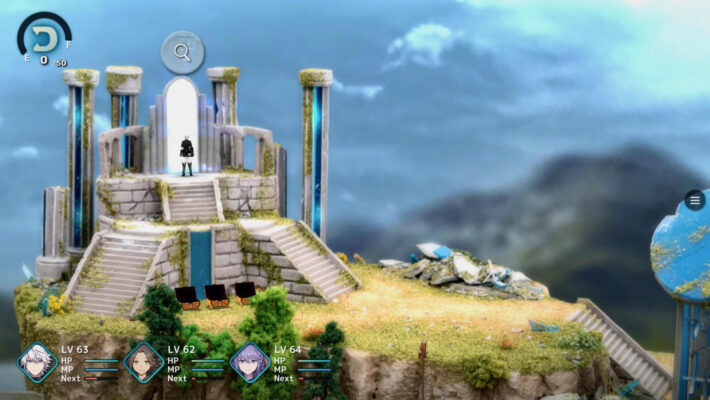 There is more to do in Fantasian, as the 2.5.0 update rolled out. As the story is complete, this addition is more about supplemental features. One part of it adds a Void Realm end-game dungeon with new challenges. The other major feature brings new game plus to Fantasian.

The Void Realm in Fantasian features multiple boss battles. There are three floors, each with three Void Crystals containing boss fights. People will then face a major boss fight.

As for the Fantasian new game plus element, someone doesn’t have to beat the game to unlock it. It is instead tied to allies, Divine Artifacts, and whether or not someone has the Tachyon Medal. If you have all those things and visit Shangri-La’s Altar, then you can carry over progress. The announcement confirmed you will be able to keep your equipment, skills acquired, and levels earned.

Here’s the trailer going over the 2.5.0 Fantasian update. It is more atmospheric than anything. Rather than show the changes, we get hear some music, see a character, and then learn about new game plus and the Void Realm dungeon.

This is the second major Fantasian update to arrive within the last few weeks. The first big one finished the game. On August 13, 2021 part 2 arrived to end the story. The first part appeared worldwide on Apple Arcade at the beginning of April 2021.

Fantasian is available on Apple devices for Apple Arcade subscribers. A subscription is $4.99 per month.