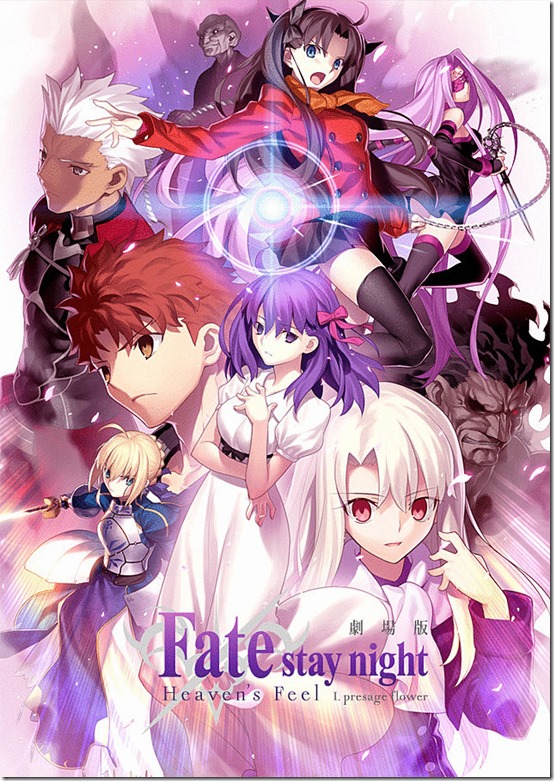 The popular Fate series’ latest film, Fate/stay night [Heaven’s Feel] I. presage flower made its debut in Japan this weekend with a strong debut that reached 413 million yen.

During the course of the weekend of October 14-15, the film topped the weekend box office with 413 million yen that came from the 248,000 tickets that were sold across 128 theaters in Japan. In #2 was War for the Planet of the Apes that made its debut on October 13.

Fans who went to a showing were treated with a special postcard as a bonus. The series’ smartphone game Fate/Grand Order also has a special campaign that offers attendees a different reward each week for four weeks.