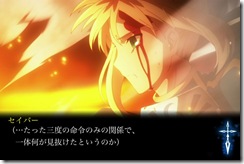 The developer Pocke has released a visual novel adaptation of the novel/anime series Fate/Zero for iOS and Android devices.

Titled Fate/Zero: The Adventure, the app will contain fully voiced scenes, original illustrations by the studio ufotable, and original scenarios in addition to routes from both the anime and the novels by Gen Urobuchi (the scriptwriter of Madoka Magica, also known as “Urobutcher”).

The story is a prequel to Type-Moon’s Fate/stay night, depicting the Fourth Holy Grail War in which seven mages and seven Heroic Spirits fight to obtain the power of the Holy Grail. The protagonist is Kiritsugu Emiya, a notorious magus killer who has abandoned his hopes of becoming a hero and saving humanity. 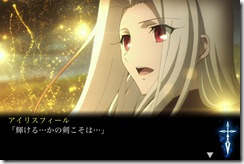 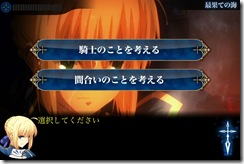 Fate/Zero: The Adventure is available for 3,000 yen.