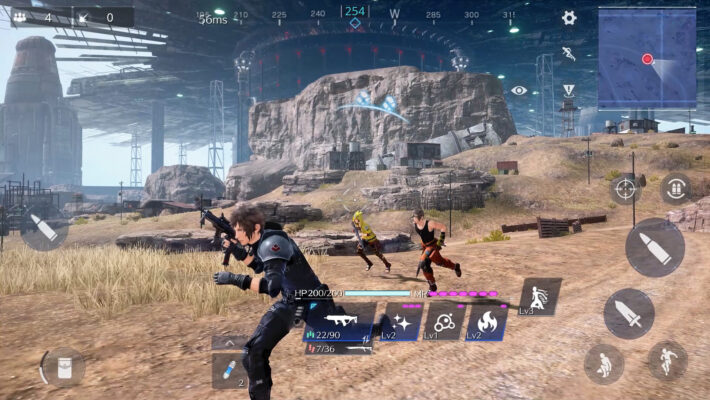 There’s big news related to FFVII The First Soldier, as its release date will fall in November 2021 and people can pre-register for it in October 2021. Exact dates weren’t announced.

Of course, the FFVII The First Soldier pre-register and release date month announcements weren’t the only things to appear in the dedicated live stream. Square Enix showed off a lot of gameplay. Ateam also talked about what will change following the closed beta. There will be controller support, a training mode, and an improved tutorial.

This isn’t the only FFVII The First Soldier news to come out of TGS 2021. During its Square Enix Presents stream, it showed off a new class called the Ninja. This is the fifth one revealed for the game so far. When it was announced and during the closed beta, people had access to Monk, Ranger, Sorcerer, and Warrior classes. The new trailer also showed that Aerith’s house can be visited in-game.

The FFVII The First Soldier pre-register phase will begin sometime in October 2021, ahead of the worldwide November 2021 release date. People will be able to play it on Android and Apple iOS devices. People can sign up for a newsletter on the official site.