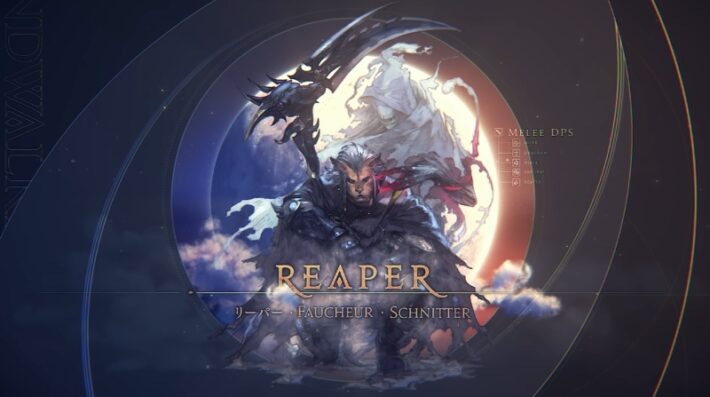 Final Fantasy XIV‘s upcoming expansion, Endwalker, will introduce two new jobs for FFXIV players to take on: Reaper and Sage. The September 18, 2021 Letter from the Producer Live Part LXVI stream event revealed more details about how those jobs will actually play. Producer Naoki Yoshida was on hand to help explain some key concepts and abilities behind the jobs, based on an in-development build of the game.

Both jobs were also showcased in a FFXIV Endwalker Job Actions trailer aired during the stream. (You can see Sage at 12:40 and Reaper at 16:25.)

FFXIV Endwalker classifies the Reaper as a melee DPS Job, doing damage at close range alongside the Dragoon, Samurai, and Monk. As detailed in the original reveal, its main weapon is a scythe. The Reaper is an original job to FFXIV, and not based on any previous Final Fantasy concept or character. Reapers do most of their work up close to enemies. They specialize in “pure melee” almost on the level of the existing Samurai job. That said, they do have abilities that can grant enhancements to the part in combat. Reapers attack “in tandem” with an “avatar”, and have the ability to serve as the avatar’s vessel to enhance their own attacks for a time.

Here’s a presentation slide shown during the stream. It includes a preview of the unique HUD element for the Reaper.

The red Soul Gauge builds up as the player hits enemies. Players consume Soul Gauge by using skills that summon the Avatar, which builds up the blue Shroud Gauge. At certain levels of Shroud, the player can then host the Avatar. This causes the player to take on a new, hooded appearance, like a classical grim reaper. Activating this mode also causes new elements to appear on the second HUD element. Like other classes in FFXIV Endwalker, the Reaper will also have a “gap-closer” ability to allow it to move large distances in combat. The Reaper’s, though, will allow it to move back and forth, with a visual effect similar to opening a portal. Reaper play will involve elements of resource management across two gauges, and demand some mindfulness on the part of players who want to get the most out of the Job. 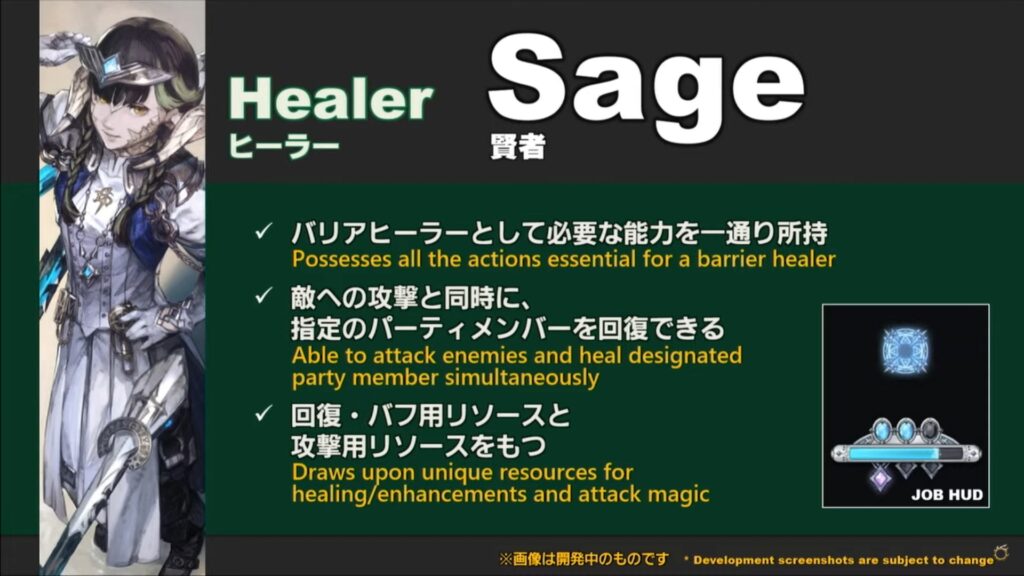 The Sage was the first new job announced for FFXIV Endwalker. It performs in a “barrier healer” style, like the existing Scholar Job. This means it will recover party members’ health, but also be able to throw up shields and other techniques to mitigate or block damage, keeping fellow players from getting hurt in the first place. Sages can attack enemies while healing the party at the same time. They have unique resources to power both their beneficial spells and attack magic. Their weapons are the Nouliths, a new type of weapon that resembles a small group of magical drones. Their hovering qualities call to mind the iconic “funnel” weapons of Mobile Suit Gundam. In a combat demo, the Nouliths fired laser-like beams and projected force fields.