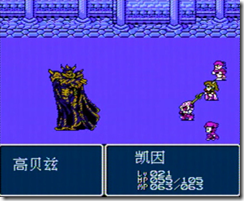 What makes Final Fantasy IV for Famicom remarkable is how close it is to the source material. Well, aside from the title screens with Squall and Sephiroth in them. Let’s take a look at Final Fantasy: Dark Chapter.

The first game in the Final Fantasy multi-cart trilogy covers Cecil’s transformation from a Dark Knight to a Paladin. The opening sequence where Cecil fights FloatEyes on an airship has been cut, but otherwise it’s the same. Cecil expresses his concerns about killing innocent people to procure the Crystal. The King of Baron strips him from his position and Kain comes to his defense. Cecil and Kain then receive a "package" to bring to the Village of the Mist. Baron castle has been recreated and you can explore the Town of Baron.

The localization is impressive too. We had a bilingual Mandarin and English speaker verify the accuracy for us. It’s just like Final Fantasy IV… with down sampled music and out of place enemies. Titan wasn’t in the Cave of Mist (though I suppose that could make sense) and he wasn’t an enemy.

You might be wondering how Final Fantasy IV works since it’s split into multiple cartridges. While you can save your game on each cartridge, you cannot carry your save data over. Final Fantasy: Light Chapter starts out with a summary and gives you characters at a reasonable level to clear the Ancient Waterway dungeon.

After defeating Cagnazzo you usually get an airship, but Final Fantasy: Light Chapter doesn’t have an airship. Instead the game has portals on the map that warp you from one area to the next. Black Chocobos aren’t in the game either so you take another portal to the Lodestone Cavern where the Dark Elf lives.

Final Fantasy: The Final Chapter picks up when the airship crashes in the underworld. The team talks to the King of the Dwarves and defeats Goblez with help from Rydia… who helps offscreen. Rydia comes loaded with low, mid, and high tier elemental spells. So, she can cast fire, fira, and firaga right off the bat. She also retains her white magic which makes her the most powerful character in the game. The bootleggers even managed to keep spell effects for the Famicom version of Final Fantasy IV. Usually bootleg ports are terribly unbalanced and require players to grind for hours just to move on. Final Fantasy VII for the NES suffered from that problem (I own a boxed cart of that too), but Final Fantasy IV is actually playable.

Final Fantasy IV is over 20 years old and it’s on a plethora of devices. Why would anyone bother to make a Famicom port in the 2000s? While it’s true that most gamers in China play video games on PCs, residents in rural towns actually still play Famicom games. That’s why there is a market (albeit a shrinking one) for stuff like a multi-cart port of Final Fantasy IV. You might find this hard to believe, but this version of Final Fantasy is some kid’s first exposure to the Final Fantasy franchise.

Here’s what the cartridges and instruction manuals look like. See how many misplaced Final Fantasy characters you can find! 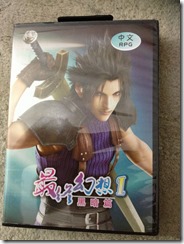 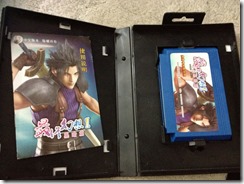 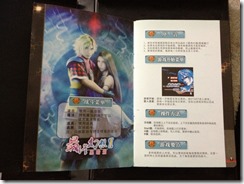 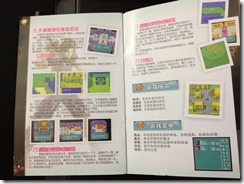 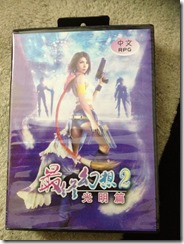 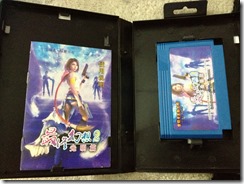 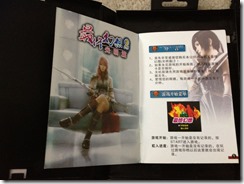 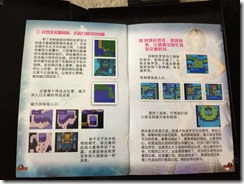 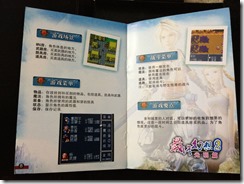 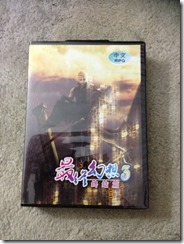 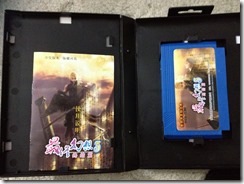 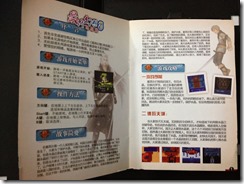 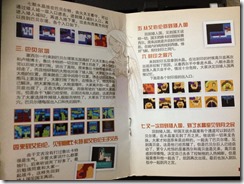 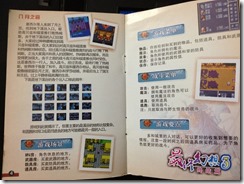